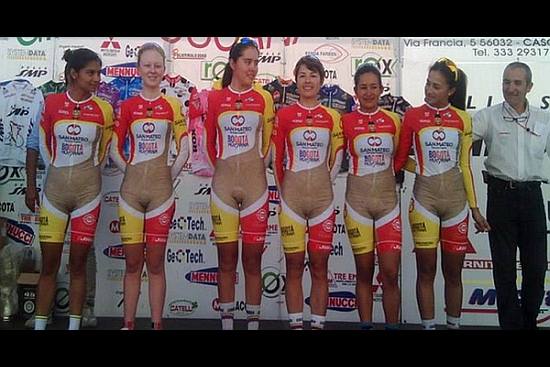 The new uniform of the Colombian women's cycling team seems to have drawn much attention on social media and not for the right reasons.

Last weekend, during the tour of Tuscany, the Bogota Humana team donned this new costume which has a flesh coloured section between the lower torso and the groin making the team look naked below the waist.

After the pictures went viral on social media, the president of the International Cycling Union, Brian Cookson tweeted: "To the many who have raised the issue of a certain women’s team kit, we are on the case. It is unacceptable by any standards of decency."

To the many who have raised the issue of a certain women's team kit, we are on the case. It is unacceptable by any standard of decency.

It is unclear if the six-woman team was intending to wear a similar uniform next week while representing Colombia at the road world championships in Ponferrada, Spain.

One of the leading riders who slammed the outfits on Twitter was the former Commonwealth, Olympic and World Road Race champion Nicole Cooke.

This has turned the sport into a joke. Girls stand up for yourselves - say no pic.twitter.com/Jpt1Vo9Xog

'I Have Breasts AND A cleavage! You Got A Problem!!??': Deepika Padukone