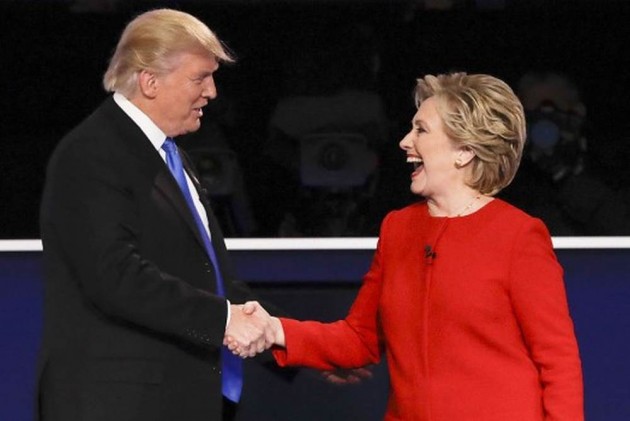 US presidency race has come down to a your-laundry-is-dirtier-than-mine debate.

The debate has been less of revealing candidates’ mind on policies and more of pulling out skeletons from each other’s closets.

Democrats presidential candidate Hillary Clinton now has a website which is using a pretty nifty tool to sift through the past of both the candidates and shows what both of them were up to at a certain point in the past.

So for example, when we ‘shuffle’ through the years once and come across 2006, the split-screen says that in the same year, Hillary is re-elected to the US Senate with 67% of the vote and was trying to improve health-care for military service members. At the same time, on the right side of the screen we see what Trump was up to close to a decade ago. It turns out that he was kind of hoping for the housing market in America to collapse so that he could “make a lot of money from it”.

Here is what five other shuffles through random years in their lives shows us, courtesy the website: