Charlotte Killing: Girl Breaks Down While Telling the World 'I Don't Like How We Are Treated' 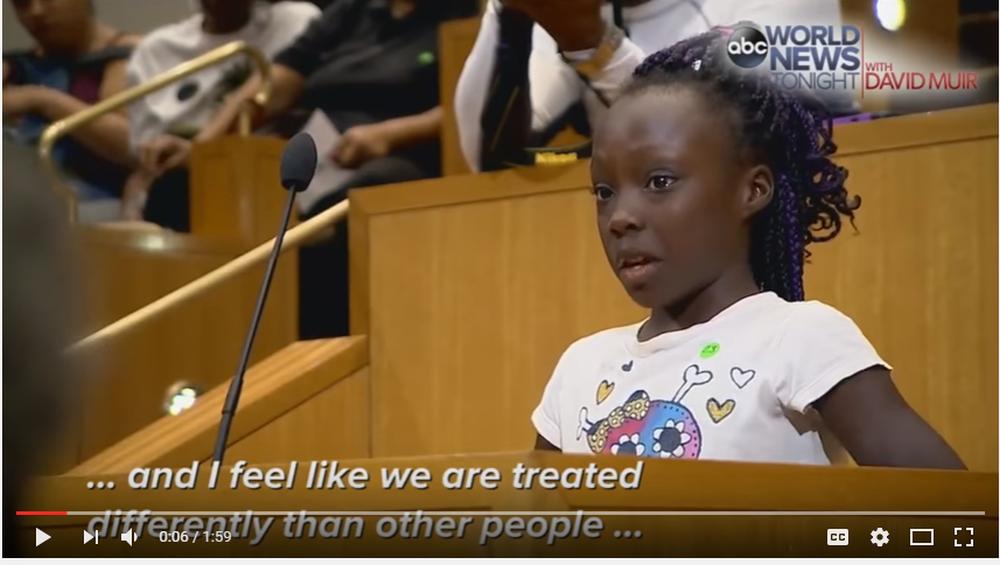 Watch: With tears running down her eyes and nose, a nine-year-old black girl tells the world: ‘‘I don’t like how we’re treated. Just because of our color." Zianna Oliphant gave an emotional testimony to Charlotte City Council.

Days had passed since the fatal police shooting of Keith Lamont Scott — a period marked by anger and unrest in North Carolina’s largest city. Zianna had come to discuss race relations. More specifically, the young girl wanted to talk to city leaders and police about being black, reported Boston Globe.