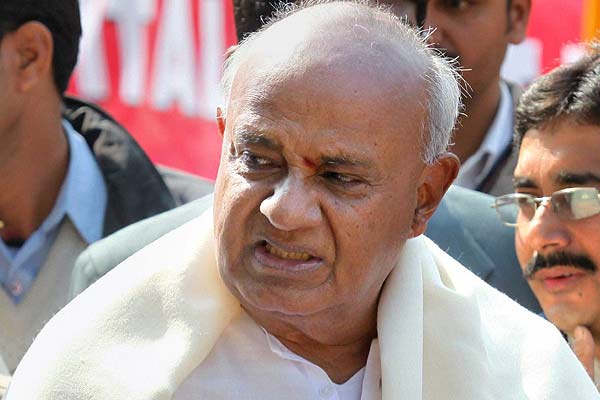 In more ways than one, political life has come a full circle for one of Karnataka’s veteran politicians. With the next hearing of the Supreme Court on the Cauvery issue set for the October 18, the matter has now simmered down after boiling over last month.

Political parties in Karnataka have been jousting over the issue but both the BJP and the Congress have acknowledged the role of former PM and current president of the JD(S), HD Deve Gowda, in stemming the crisis.

The 83-year-old Deve Gowda, the first PM from the OBC category, had threatened to go on an indefinite hunger-strike against an earlier Supreme Court order for setting up the Cauvery Monitoring Board. It didn’t come to pass as BJP leaders H N Ananth Kumar and D V Sadananda Gowda reportedly assured him that the Prime Minister would look into the matter.

“I told him he should not be doing it at his age. He has now gone to Delhi again to press for a fair deal for Karnataka,” said state chief minister Siddaramaiah, his feelings echoed by fellow Congressman Ramesh Kumar who called Deve Gowda a “people’s leader, a statesman”.

Over twenty years ago, he however, was not quite the people’s man for the Kannadigas. The Cauvery water crisis is a century-long-standing issue, one of six other water disputes in the courts. Two agreements between Karnataka and Tamil Nadu in 1892 and 1924 had been disregarded by people from both states. And then came the economic reforms in the early 90’s and Karnataka had massive paddy plantations which needed water.

The issue came to a head in 1995, during Deve Gowda’s only tenure as the state chief minister. At the time he had relented to PM Atal Behari Vajpayee’s request and allowed water to be released into Tamil Nadu. This time around, when a bandh was called for on September 9, Deve Gowda flew to Delhi to meet PM Modi. He later advised the state against releasing water into Tamil Nadu after the SC order on September 20.

While naysayers claim it has been a failure on all fronts and the foreign media focusing on the matter as well, it has been quite a pertinent concern and an opportune time for the former PM to find himself in the spotlight.