Restructuring Indian Railways’ Cadres: Is The Proposal Good For The Nation?

It would be wiser to reengineer the Indian Railways’ management structure and its working cadres, rather than attempt to restructure it in totality. 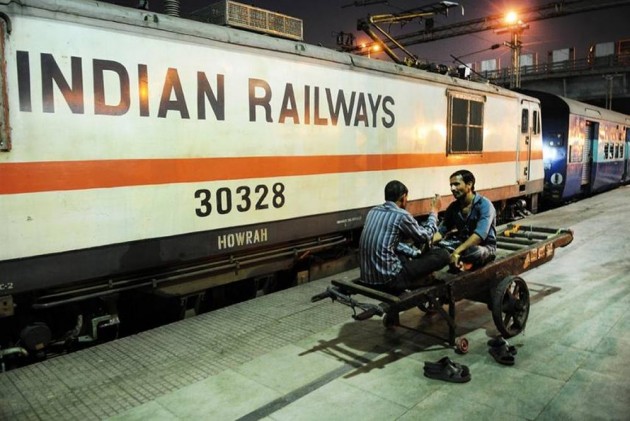 The restructuring of the Indian Railways cadre cannot be visualised only with the limited aim of ending departmentalism. Before the exercise begins, we need to ponder over the following questions: Is the proposal good for the Nation? How will it benefit the railways? Are all stakeholders, especially the Railway employees, comfortable with the change?

The above three questions emanate from the essential principles of sound public policy.

Having said that, I am of the firm opinion that at this critical juncture, it would be wiser to reengineer the Indian Railways’ management structure and its working cadres, rather than attempt to restructure it in totality.  By re-engineering, I mean reorganisation of the processes of recruitment, promotion and skilling of the human resource to achieve a quantum jump in performance and to ensure continuity coupled with synergy, with the specific aim of safeguarding against disruption during transition.  In this effort, the Government needs to be careful so that the core competence of the horizontal and vertical, multi-disciplinary structures of this iconic national enterprise remain intact.  In the process of reorganisation, any adverse fallout could endanger Indian Railways’ brand equity and, in turn, might impact its productivity and colour the perceptions of the nation’s talented youth, looking for a future career in the Railways.

However, if indeed a restructuring is considered indispensable right now, instead of attempting to only modify the structure of the Railway Board and the Group A gazetted Railway services from the top, Government must recognise the vertical linkages as it exists today  within this vast pyramid, and  think about the integration necessary at the lower levels too.

While taking a look at the proposed reorganisation, it is important to realise that the fortunes of the Group B gazetted officers of the Indian Railways are also deeply intertwined with the decision taken for reforming the Group A cadre.  Thus, it is important that the morale of this cadre needs to be kept in mind while attempting any structural modification.  The integration of these two groups in the future set-up will definitely prove to be a more challenging, time-consuming and inclusive exercise, but is an essential pre-requisite for the new structure to be more sustainable in the long run.

This re-engineering process obviously has three components. First, modification of the processes of recruitment and promotion of Group A Railway Services in future. Second, amalgamation of the existing cadres, fixing inter se seniority and providing equity in career development of the existing services, and third, integration of the career prospects of Group B Railway Officers nominated to Group A service.

Future Recruitment of Group A Cadres

The Government has decided that at present the Railway Security and the Medical cadres will remain outside the ambit of restructuring.  So now, the cadre merging is planned to be made for the five existing technical services and three civil services.  My view is that these services should be reorganised into two Railway Services, IRMS (T) for the technical or engineering cadres, and the IRMS (S) for the specialist, non-technical cadres.  Within each service, the recruitment by UPSC should be done from various disciplines as required by Railway Board.  For technical services, the disciplines will remain as Civil, Mechanical, etc. as at present, while for the non-technical, specialised services, these will be like Finance, HR or Logistics/Transportation, etc.  Obviously, for the non-technical discipline, the earlier eligibility criterion of ordinary graduation will no longer be valid.  The candidates will have to possess a post graduate degree or a five-year graduation degree of the respective specialist discipline concerned.

All officers of the same recruitment batch of both the IRMS cadres should be eligible for promotion, if otherwise fit, to the various administrative grades together.  For this, floating posts can be created, as per requirement of each batch strength.  Once a batch is due for SAG, an option should be called from every officer of the batch, as to whether they would like to continue in their technical or specialised service or would like to join the management pool of the Indian Railways. Those who opt for the management pool will need to undergo a scientifically prepared aptitude test.  Those who have the aptitude, will then be inducted into the management pool, on the basis of posts available in the pool.  These officers will man the managerial posts such as ADRMs, DRMs, SDGMs, AGMs, GMs, etc. and will constitute a separate seniority unit. Only these officers can aspire to become Board members.  However, the eligibility for the post of Financial Commissioner or Member (Finance) of the Railway Board, should be restricted to only those officers of the management pool who have a post graduate degree in of the notified Finance discipline, as is prevalent for the post of Director (Finance) in PSUs.

Officers who don’t aspire for the management posting, or do not have the aptitude for it, will continue to seek their rise in their respective technical/specialist disciplines and will be eligible to attain the rank of Directors General, in the grade of the Secretary to Govt. of India, for which posts can be created.  One of the DGs will be appointed to manage the IRMS cadres and HRD of Indian Railways. He or she will report to CRB/CEO for this purpose. Other technical/specialist DGs will similarly function as the head of their respective departments and act as technical advisors to the multi-disciplinary Railway Board, for matters which fall under their domain.  They should be permanent invitees to Board meetings.

Integration of Existing Group A Services Into New Dispensation

If the above line of re-engineering of railway services is acceptable, I don’t perceive any hitch for similar integration of the existing cadres into two services, since the identity of individual technical/specialist disciplines as existing today, can easily be assimilated into IRMS(T) and IRMS(S) respectively.  The Government will have to take the following actions, precedent to the merger:

At present, each Group B cadre is provided with a prescribed mid-career process, by which they are inducted into the respective Group A services through DPC’s held at UPSC.  If the above suggestions are adopted, the protection of promotional opportunity of Group B officers in Railways to Group A will continue as at present.  They will be integrated into IRMS(T) or IRMS(S), as per their professional line.  Of course, professional inputs will need to be imparted to them for upgrading their skills to face the challenges of Group A service.

Once the Group A recruitment of the unified Railway probationers is started, a need will arise for prescribing eligibility norms for entry of directly recruited as well as in-house Group B candidates, in sync with the new norms. Railway Board will have to get cracking on this exercise well in time.

Restructuring of the Railway Board

The restructuring of the Railway Board on inter-disciplinary lines is welcome.  The recruitment of the members from a trained management pool will give them a wider perspective for corporate governance.  It is good to reduce the number to members to five. But, in order to take informed decisions, it will be in order that the DG’s, as advisors to the Board in respect to their technical/special disciplines, are made permanent invitees during deliberations of the Railway Board.

The inclusion of independent members having top level experience of 30 years will also add to the knowledge bank of the Railway Board.  But their powers should remain at best recommendatory, since they will not be conversant with the “Science of Railways”.  They should not be given any executive powers.

It is strongly suggested that before the proposed revision of the hierarchy of the complex organisation like Indian Railways is embarked upon, an in-depth consultation process be initiated within the organisation by crowdsourcing suggestions and seeking alternative, workable proposals for a time-bound discussion by the cadre controlling members of the Railway Board along with the railways’ representatives from the stakeholder organisations like FROA, IRPOA, NFIR and AIRF.  Based upon the alternatives evolved, further consultations under the chairmanship of the Cabinet Secretary should be held along with DoPT and UPSC, to evolve a cogent implementation plan for the transition.  Any divergence in viewpoints can always be sorted out before the Group of Ministers, for a final decision.