In today's times, when people are scared of repercussions for speaking out, what binds them together is 'fear'. 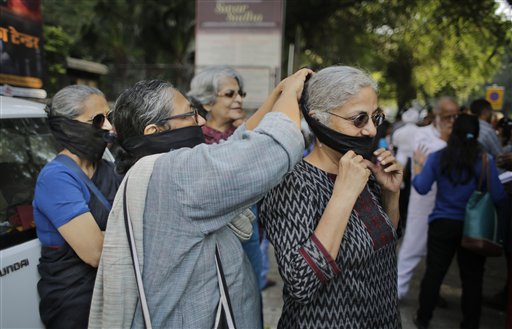 "Cabbie takes ‘anti-national’ passenger to police station,” read the headline in one of the newspapers.

The story was about a Mumbai Uber cab driver, who on overhearing a conversation on Citizenship (Amendment) Act (CAA), took his passenger, poet-activist Bappadittya Sarkar, to a police station.

The poet was discussing with his friend over phone people’s discomfort with “Lal Salaam” slogan at Shaheen Bagh protest site in Delhi.

The driver, who was listening, stopped the cab and told the poet he wants to withdraw money from the ATM. The driver then returned with two policemen and allegedly asked them to arrest the passenger as “he was talking about burning the country.” Sarkar was then taken to the police station.

While reading the story, I recalled the Uber cab ride I took on Wednesday in Delhi.

“Aapka vote Delhi mein hai? Kis party ke liye vote karenge aap?” In Delhi's election season, what else but this is the question everyone's been asking.

On my way home, I too asked the cab driver about the party he supports. He chose not to answer but talk about the "good work" Prime Minister Narendra Modi-led BJP had done by abrogating Article 370 and implementing the Citizenship Amendment Act (CAA).

“BJP bahut achcha kaam kar rahi hai. Sab Musalmano ko desh se nikal dena chahiye taki humein jobs mil sakein (BJP is doing a great job. All Muslims should be forced out of the country so that we get jobs),” he said.

“You think you’ll get jobs my forcing Muslims out of the country? What’s this Hindu vs Muslim population? They have been living with us since Partition. Why so much hatred for them suddenly,” I asked.

“Arey, madam. They have taken all our jobs. They create problems in our country. They should be kicked out…,” he reasoned.

I decided to put an end to our conversation. As much as his argument made me uncomfortable and angry, it also scared me. Why scared? I will tell you later.

For now, I chose to stay quiet.

Minutes later, the cabbie asked, “Madam, if I may ask, who according to you should win in Delhi?”

I looked at him. “I am asking this because I am a Muslim,” he immediately said.

“So then why do you want Muslims out of this country,” I asked.

“Because this is what the general sentiment is. I ferry around so many people in my cab every day. And most of them say whatever the PM is doing is good; Muslims don’t deserve to be here. And the people I am referring to are educated professionals. I choose to echo their views because I am scared. What if I speak against them? What if they file a complaint against me? I won’t be in a position to prove my honesty. I am afraid I would lose my job. So I prefer to hide behind a veil.”

He went on to say that he doesn’t blame politicians or citizens for what’s happening in the country today. For him, it's the media that failed to do its job. “Switch on any news channel today. All of them talk about only Hindus and Muslims. They do not discuss any other issues. Aur jo dikhta hai who bikta hai. It's the media that is to be blamed for what’s happening in this country. And things won’t change in the near future,” he said with profound sorrow.

I couldn’t say anything but quietly nod to whatever he said. The cab driver had shown us -- the media -- a mirror.

There’s a person who fears that few people “will destroy the country”, and there’s another who fears people like him “will be thrown out of the country.” And then there’s a passenger (read me) who feared that her conversation with the cabbie (till he revealed his identity) may create trouble.

The fear is palpable, but we refuse to acknowledge it. We choose to live in a state of denial.