If we were to look at the various reservation agitations by the large dominant peasant groups, the Patidars, the Jats and the Marathas, we would conclude that not enough jobs are being created to shift people from agriculture to the modern economy. 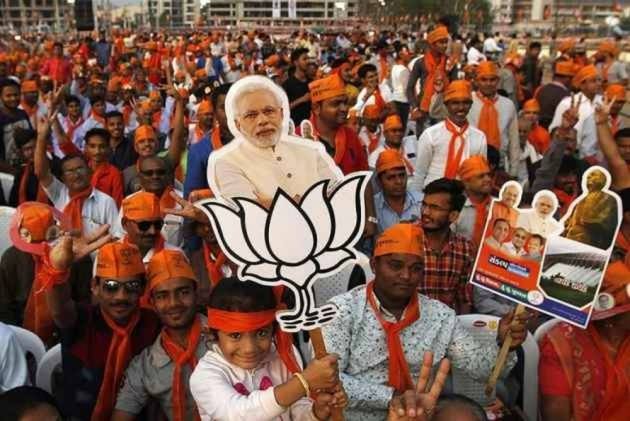 As the tenure of this government winds down, I have been reflecting on the things that it has done and what they mean for us ultimately as a nation. We are looking at this of course after a week in which the markets have shown not much confidence in the government and its economic policies. The Rupee is at its lowest in history and still vulnerable. The price of petrol is at its highest in our history and we have no assurance that it will not be even higher before May.

The gains of the stock market over the last several months have been erased in three days. As a Gujarati who has been investing in this country and its growth for the last 20 years, I can personally see and feel the damage as do other investors.

The economy has not grown faster in the last five years than it did during the 10 years before this government took power. It has grown slower. We say we are the fastest growing major economy today in the world, but that is because China has slowed more than we have slowed: the undisputed fact is that we have slowed. On the positive side, the government can claim with some legitimacy that it had inflation under control for the most part of its tenure. It can also claim strong action against black money, whether or not we can agree that this action produced any results.

This is the background on the side of economics. Overall it is highly unlikely that the government will or can tout its economic record when it begins to prepare its campaign for 2019.

On the side of unemployment and growth, there are rival claims. There is no good data tracking this in India but those who have independent means of tracking it say that the jobs situation and particularly the situation of white collar permanent jobs, is not good and certainly no better than before. The government through the prime minister has made some claims that run counter to this. If we were to look at the various reservation agitations by the large dominant peasant groups, the Patidars, the Jats and the Marathas, we would conclude that not enough jobs are being created to shift people from agriculture to the modern economy.

On the side of foreign policy, we have been taken to the cleaners by China in our zone of influence. China has encroached in our strategic space in Lanka, Nepal, Maldives, Bhutan and of course Pakistan, through its economic and military power. We are less influential today in our neighbourhood, the Indian Ocean zone and South Asia, than we were five years ago. Not one expert in the field will dispute the facts here.

However, to my mind there is one thing that this government has specifically done which no other government has done before. This is to introduce a tone into our politics and debate where there is only one right side. Only one particular view is in the national interest and to oppose it or to be uncomfortable with it is to be a traitor and an anti-national.
This is not a change of substance, but a change in tone. The way we debate and argue in India has dramatically altered since 2014. This government has defined the space which it sees as being the national interest, whether on black money or terrorism or refugees or minority rights.

It is not possible today to easily put forward your view if it does not fall inside this space. If you are uncomfortable with military power, and the spending of vast amounts of money on machinery that will never be used (we last used fighter planes in combat more than 40 years ago) then you are not a nationalist. If you think that the anthem and flag have their place but that place is not everywhere, then you hate your country.

If you want peace with our neighbours, you are a traitor. I do not have to demonstrate or prove that this change has happened. It is immediately obvious and visible to those of us who have seen it happen before our eyes. We have poisoned our own well and now think of many our own people as enemies. This is the one change that is going to remain with us, no matter who takes power in 2019 or after. We have unleashed a nastiness and viciousness in ourselves that had been bottled up before. This government has helped uncork it, possible forever, and to my mind that is its most significant achievement.