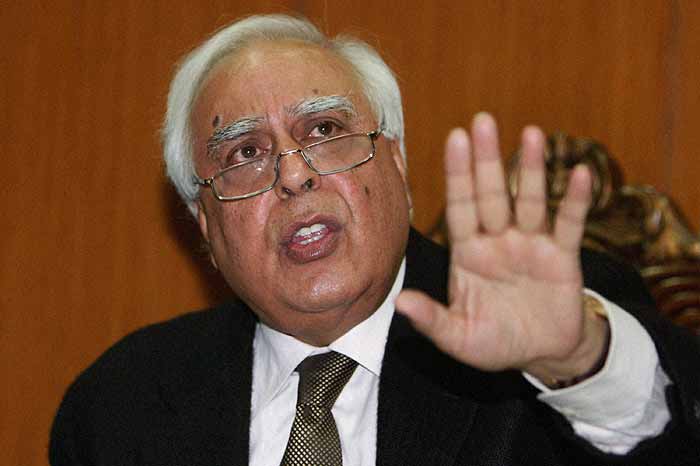 The Indian government has asked Internet companies and social media sites like Facebook to prescreen user content from India and to remove disparaging, inflammatory or defamatory content before it goes online, reports Heather Timmins in the NYT:

About six weeks ago, Mr. Sibal called legal representatives from the top Internet service providers and Facebook into his New Delhi office, said one of the executives who was briefed on the meeting.

At the meeting, Mr. Sibal showed attendees a Facebook page that maligned the Congress Party’s president, Sonia Gandhi.  “This is unacceptable,” he told attendees, the executive said, and he asked them to find a way to monitor what is posted on their sites.

In the second meeting with the same executives in late November, Mr. Sibal told them that he expected them to use human beings to screen content, not technology, the executive said.

The three executives said Mr. Sibal has told these companies that he expects them to set up a proactive prescreening system, with staffers looking for objectionable content and deleting it before it is posted...

Yes, just like that. It seems the telecom minister not only can, but actually summons people to his office and tells them what is not acceptable.

In the face of spontaneous protests and, #idiotKapilSibal and variations thereof becoming a trending topic on Twitter ("Kapil Sibal is an idiot. RT while still legal"),. the news of the latest outrage spread fast and the  PTI now reports typical backtracking on the part of the government with "highly-placed sources" saying that "there is no intention to censor such platforms. At the same time, they should be sensitive about community standards in India and it is their responsibility to find solutions to the problem."

This latest move is not being seen as mere sycophancy but seems to be in keeping with the paranoia the government seems to exhibit when it comes to the digital world in general and the social networking sites in particular.

With Anna Hazare and his team announcing plans to relaunch their protests, many are seeing this latest development as a typical knee-jerk and heavy-handed tactics to curb freespeech. The NYT report itself quotes an executive from one of the companies attending the meeting today as pointing out, “If there’s a law and there’s a court order, we can follow up on it.” But these companies can’t be in the business of deciding what is and isn’t legal to post.

Even under the recently notified IT Rules, "disparaging, inflammatory or defamatory" content needs to be removed by Internet Service Providers in case of  a complaint. So asking "human beings to screen content, not technology" before it is allowed to be posted, or without any complaints, is not only asking these outfits to act as de facto censors themselves, but also in effect asks them to follow a different rule from the one notified by Mr Sibal's own department, as Nikhil Pahwa points out in Medianama in a detailed critique, adding:

ISPs and social networking sites are a favored when it comes to government intervention: The ISPs, mere pipes and protected under the IT Rules, can easily be forced to block access to social networks or even the entire Internet – a kill-switch if you will – as and when the government wants. Already, under court orders, they’re forced to block entire filesharing sites, to prevent people from uploading movies online. While there are potentially disparaging comments on forums (facebook is for babies, try 4Chan), it seems that Facebook, Google (Orkut) and Yahoo are easy targets.

The Indian government needs to have a more realistic approach to the Internet.

Kapil Sibal tries to rationalise his gag orders on the grounds of  "offended religious sensibilities" in a hurriedly called Press Conference at his residence:

"It was brought to my notice some of the images and content on platforms like Facebook, Twitter and Google are extremely offensive to the religious sentiments of people of this country," Communications and IT Minister Kapil Sibal told reporters here.

"I believe that no reasonable person, aware of the sensibilities of a large section of the communities in this country, would wish to see this in the public domain," Sibal said.

The content posted on some of the sites, the minister said, was so offensive that it would hurt the religious sentiments of a large section of communities in the country. These contents would also offend any reasonable person looking at those images.

"We will not allow the Indian sentiments and religious sentiments of large sections of the community to be hurt," he said.

"I approached these platforms. I told them to come to me with a solution. This government does not believe in censorship.  They came back to me and said we cannot help you. Even if U.S. law applies, the community standards of India have to be taken into account. We will not allow Internet companies to throw up their hands and say, ‘We cannot do anything about it," Sibal said

"I suggested that these platforms should evolve a mechanism on their own to ensure that such contents are removed as soon as they get to know of it... I have told them that this cannot go on. We will discuss this within the ministry. This kind of content cannot be allowed and will be disabled when it is brought to our notice,"  Sibal said.

Sibal tried to rationalise the outrage on social media websites on the reports that surfaced yesterday, adding that he was only concerned about "peace and harmony" of the people of India.

Apart from offering religious blasphemy as a reason, Sibal tried to also use the terror card:  "Sometimes, when data pertaining to terrorists is sought from them, there is hesitation to provide even that data,"  he added.

In his post, quoted above, Nikhil Pahwa had also wondered yesterday:

There is more than enough personal abuse online, and you only have to see a few message boards to know that ‘unacceptable’ comments are everywhere, not just on the sites mentioned. And this has been there for years. Why now?

The first, predictable answer was that sudden pro-activeness could well be a paranoid reaction to reports about the role the social media played in various protests worldwide, and how even the Lokpal protests could be organised so well because of the reach of platforms like Facebook and Twitter.

But after watching his press conference today, where he vehemently focussed more on rhetoric about "protecting peace and harmony" and "religious sentiments of people," it was clear that he was trying a desperate "wag the dog" tactics.

He seems to have succeeded — at least for now. For when it comes to "religious sentiments of people," he would know that the record of the principal opposition BJP is at least as abysmal as that of the Congress and it would not argue for absolute freespeech. Also, the focus shifts from being a sycophantic toady to a saviour of "religious sensibilities" which could also be useful in the upcoming UP elections. No more uncomfortable questions on FDI, or price-rise, or 2G and PC. At least for some time expect a lot of heat and no light on freespeech and hatespeech. We should brace ourselves for some spirited contributions from the likes of Ms Renuka Chaudhary and M/s Uma Bharati, followed closely by Mr Digvijay Singh, Mr Rajnath Singh or the Shahi Imam.