Mountaineer Chhanda Gayen wouldn’t have got permanently lost on her 2014 expedition if she were fitted with a transceiver. That sums up the utility of ham radios for individuals in moments of crisis, which is where certain teams have found a niche. 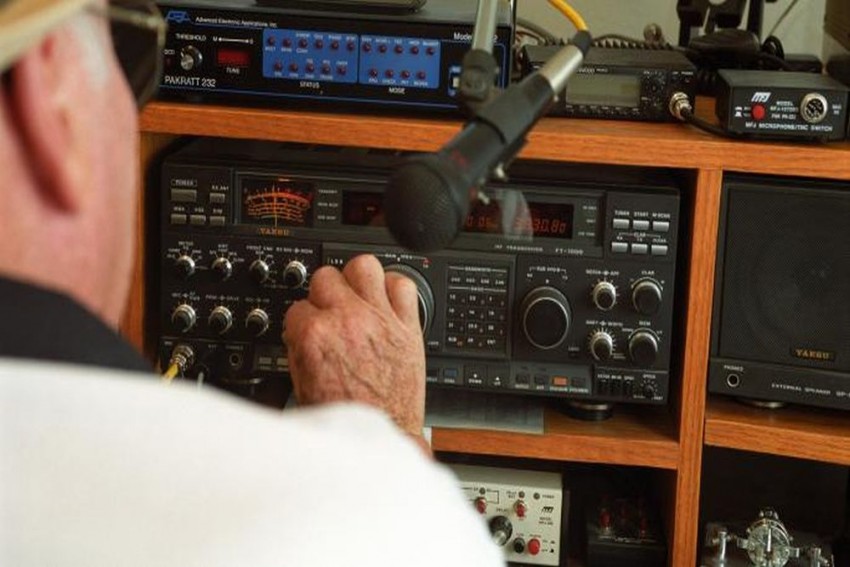 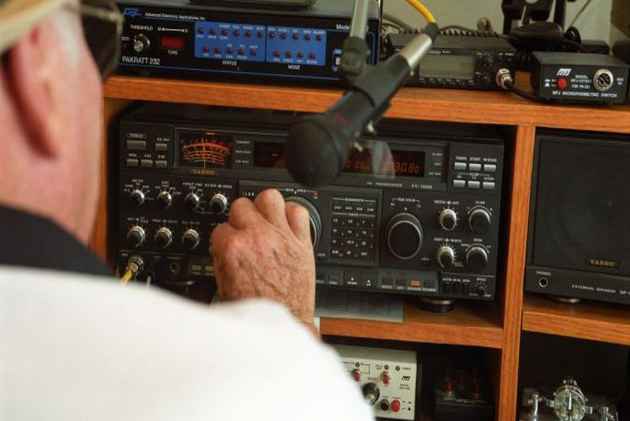 His home-made radio suddenly started to crackle and Ambarish Nag Biswas could hear muffled voices on his transceiver. It was past midnight and Ambarish, a key functionary a group of amateur radio operators headquartered near Kolkata, was just thinking of retiring to bed. The location is Sodepur, a small town 20 kilometres off the West Bengal capital, where Ambarish is secretary of the West Bengal Radio Club (Amateur). It’s nothing new, and this was the start of another interesting episode early this year.

A few days prior to it, Ambarish and quite a few members of his team had headed to a remote island at the confluence of the river Ganga and the Bay of Bengal. There, a couple had desperately sought his help in tracking their missing six-year-old daughter. “Among our club’s major activities is locating lost persons,” Ambarish says. The technical expertise of the club’s radio operators is in high demand from detective agencies trying to crack cases. In the above case, WBRC received an urgent message from detectives after they were approached by the girl’s family. Once the club members reached the site, they immediately set up a ‘radio zone’ within a stipulated radius. That was done by sending out team members in different corners with their radio transmitters as well as transceivers—a device that can both transmit and receive communications, and shares a common circuitry.

“Our key function is to establish radio networks in order to communicate between ourselves (if there is a lead) as well as to intercept conversations,” explains Ambarish. “In a large number of cases, the missing person is a victim of kidnapping, trafficking or other crime. There is almost always communication between the members of the criminal gang who don’t use traditional methods of communication such as cell-phones which are not difficult for the police to tap into. Our radio network, operating at several frequencies, is like a web picking up the minutest sounds travelling through the spectrum.”

Among the conversations intercepted, WBRC’s trackers heard a woman’s voice setting up a meeting point to “deliver” the girl. They located the source of the signal and informed the police. “The girl was being abducted,” says Ambarish. “But she could be rescued using radio signals to tap into her captors’ conversations.” The modus operandi for tracking varies per case and is customised according requirement; often it simply needs scrutiny of circumstantial evidence and other clues relied upon by detectives worldwide. On the other hand, amateur radio operators have the added advantage of being able to “listen in” to the conversations that are floating about in the atmosphere.

In fact that is the reason, according to Ambarish, he first decided to turn his expertise into a useful service. Amateur radio, referred to worldwide as “HAM” radio, was long considered just a hobby, practised by people who had obtained radio operation licenses from their respective governments. That was the case until recently, when administrators as well as military, paramilitary, police, detectives, investigative agencies and anti-terror groups started tapping into their pool of talent, special skills and expertise. In India alone, there are close to 17,000 amateur radio license holders, though only around 7,000 are active practitioners.

The Indian government’s ministry of telecommunication conducts examinations, open to all natives aged 12 years and above. Those who pass are eligible to become amateur radio operators, who would be granted licence. A “unique call sign” number is assigned to them for transmitting and accessing radio signals in specified frequency ranges—a domain that was once only of specialised groups including the army, air force, navy, secret services and of course the police.

In West Bengal, there are close to half-a-dozen such radio operating clubs, each comprising no less than a hundred to two hundred members. Along with WBRC (Amateur Club), the other well-known groups are Amateur Radio Convention and Conference Samity (ARCCS), Bengal Amateur Radio Society (BARS) and Indian Wave of Amateur Radio (IWAR). According to Ambarish, who founded the WBRC in 2010, not every club is involved in problem-solving or disaster management missions. “Only a select few across the world pursue goals of providing useful service to society by using our specialised skills,” he says.

Other than tracking missing people, these clubs are involved in disaster management, stepping in when earthquakes, cyclones, landslides tsunamis and other natural calamities cause communication failure (that is when telephone, mobile networks and Internet fails).

HAM radio experts are able to—and allowed to—use a wide range of spectrums including HF (high frequency), VHF (very high frequency) and UHF (ultra high frequency) and are not deterred by regulations and laws that bar countries from accessing each other’s radio space. “HAM radio operators form an international network because the rules and operating systems are the same across the globe,” points out Sandipan Basu Mallick, a HAM radio expert. “So, in situations when other communication networks fail due to protocol over and above climatic reasons, we can disseminate information, send out messages and call for assistance.”

Over the past decade, WBRC was called in to help in radio signal assistance for every major natural calamity not just in West Bengal, but other parts of the country and even across the border in Bangladesh and Nepal. These included Cyclone Aila which ripped through West Bengal in 2009, the 2014 Cyclone Hudhud which lashed coastal Andhra Pradesh and an earthquake that shook Nepal a year later.

More recently ham radio clubs globally have been utilised by their country’s security and investigating agencies for anti-terror espionage. “These are secret missions and we are under strict orders not to divulge details,” a ham radio operator said on condition of anonymity. There are reports that ham radio played a key role in tracking down the Deccan’s notorious ivory and sandalwood smuggler Veerappan, who was later killed by the Karnataka police.

But it is only recently that the role played by HAM radio is being deservedly acknowledged in the public domain. After a series of spectacular, but secret, missions in tracking down lost people and reuniting them with their families, last week saw one of WBRC’s successful missing person’s missions being catapulted to the spotlight.

The details are as follows: In May this year, a 50ish man was found loitering, in a confused state, on the streets of Khardah in suburban Kolkata. When police questioned him, they found him suffering from amnesia. He was clearly also physically ill and was admitted to a local hospital, where he languished for over a month. After police enquires hit dead-ends in tracking down his family, WBRC was contacted as a last option. On July 14, the HAM radio operators tracked down the family of the lost man using a wide range of techniques including setting up radio zones and intercepting conversations. Interestingly, WBRC’s mission does not end with the rescue but includes post-rescue operations. “We learnt from his brother that he was mentally-challenged and with the permission and consent of the family, we facilitated tattooing his arm with his contact details in case he gets lost ever again,” says Ambarish, into his 40s.

In another recent rescue operation, WBRC was able to track down the family of a 36-year-old Madhya Pradesh woman, who had lost her memory and had somehow landed up in a suburban hospital in West Bengal. Phul Devi, the mother of two young children, was from a Guna village and it was discovered that she had lost her mind after being abandoned by her husband and in-laws.

As far as WBRC is concerned, it has set its goal on being not just a regional or even national player but is involved in preparing for international crisis management. Club members have been regularly training with and participating in mock disaster handling drills with social service groups like Red Cross Society and NDRF not to mention the Indian Army, Coast Guard and Kolkata Police.

WBRC in Sodepur is a constant training ground. The banks of a large lake adjoining the club has become the locus of regular outdoor radio signal tapping, where members don’t just tune into the sounds floating around the spectrum but are often seen manufacturing their own radio devices. “Part of the deal of being a ham radio operator is that you learn to assemble the tools that you need for your work, from putting together a radio to creating the antennae that will support it,” reveals Arunava Dey, a team member. The cost could range from as low as Rs 2,000, which is the approximate price of a low-end hand-held transmitter to as high as several crores for a state-of-the art radio station.

All the members have individual radio stations at their houses. “How much we spend depends on what we can afford,” Dey states. Though the club is not funded by outside sources, many of the members are professionals, including doctors, engineers and software professionals who contribute generously. However, members also include retired people, not to mention students and even homemakers. The ages range from as young as 16 (Ambarish’s daughter) to 60. “In most clubs, the youth while away their time playing games and chattering away, but ham radio clubs are engaged in meaningful activity and our motto is to try and make a difference,” says Dey.

Ambarish and his wife Rinku—she is also a HAM radio operator—figures prominently in a citation of the Andhra Pradesh government recognising the role played by ham radio operators, who first suggested the implementation of a plan to arm fisherfolk going out to see with hand-held radio transmitters so that they can send out SOS signals if lost at sea, making it easy to track them down.

Ambarish is also lobbying with governments to introduce regulation that would make it mandatory for mountaineers to carry radio-tracking devices on expedition. “If Chhanda Gayen, who was permanently lost on her second expedition to Mount Kanchenjunga, was fitted with a radio transmitter, we would have been able to trace her,” he points out about the Bengal-born mountaineer who died in a 2014 avalanche at age 34. Interestingly astronauts Kalpana Chawla and Sunita Williams were both ham radio license holders.

Currently, radio trackers of Bengal rely mostly on sound signals for their investigative activity though they point out that the spectrums can be and are often used to transmit images using satellites. Chandra Mouli, a young student at WBRC, demonstrates how images are transmitted to his computer using the radio data. Yet because of governmental restrictions on the use of such image-capturing devices, which includes drones, these do not figure in the list of ham radio operators’ search options as far as, say, tracking lost people are concerned.

“Obviously,” notes Ambarish, “if powerful satellites circling over the skies could capture activities taking place on the ground below, it would make the task of tracking lost people and nabbing criminals even easier but for the time being we are making the most of what is at our disposal.”

And that would be the whole of the electromagnetic spectrum.

When Micro Irrigation Becomes Urine-Fed Under The Currents Of Translation