Bartoli Who Won't Ever Be a Sharapova 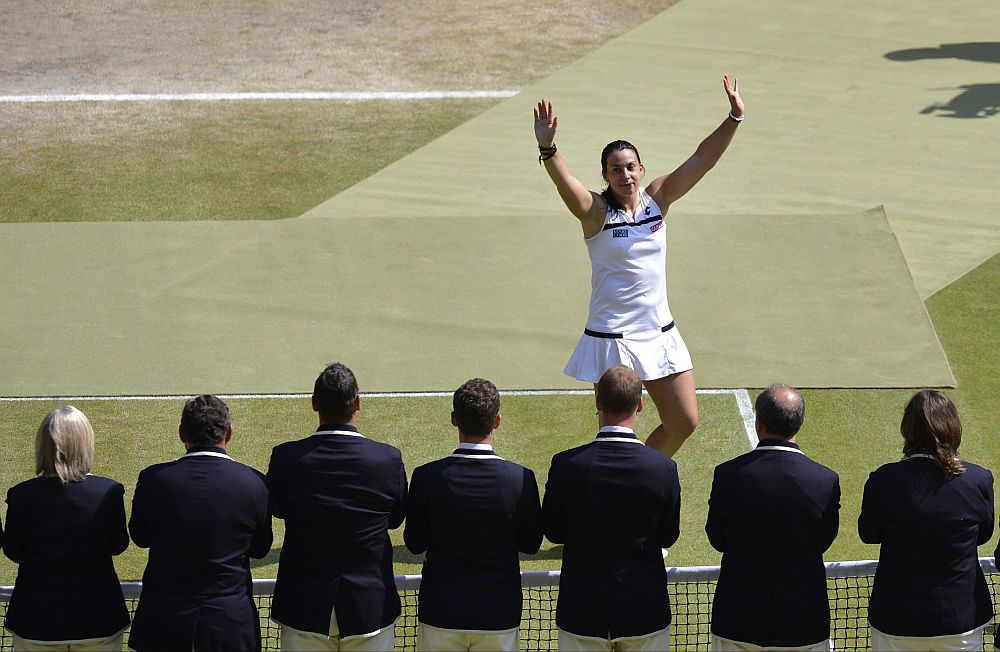 Shortly after the Wimbledon women's final match on Saturday, BBC presenter John Inverdale demonstrated how the world of sports isn't free from sexism. As Marion Bartoli of France defeated Germany's Sabine Lisicki to become the Wimbledon Champion on what she termed as the greatest day of her life, Inverdale suggested on Radio 5 Live that the French player was "never going to be a looker".

Upon clinching the title, Bartoli made a dash to the players' box where she hugged her father, with whom she shares a very intimate relationship, him being her first coach who gave up his medical profession to start training her as a tennis player when she was only 6. This is when Inverdale decided to enlighten his listeners with a little insight on Bartoli's childhood as imagined by him: "Do you think Bartoli's dad told her when she was little: 'You're never going to be a looker, you'll never be a Sharapova, so you have to be scrappy and fight'?

The BBC later apologised for the comments, saying, "we accept this was insensitive and for that we apologise." Inverdale, on his part, told his listeners that he poked fun at Bartoli's looks "in a nice way". He added: "She is an incredible role model for people who aren't born with all the attributes of natural athletes".

However, leave alone taking any action against him, the BBC still allowed him to commentate during the men's final match the next day.

Bartoli, when asked, said that she couldn't possibly let Inverdale's remarks about her appearance spoil the greatest day of her life: "It doesn't matter, honestly. I am not blonde, yes. That is a fact. Have I dreamt about having a model contract? No. I'm sorry. But have I dreamed about winning Wimbledon? Absolutely, yes. And to share this moment with my dad was absolutely amazing and I am so proud of it."

"I am sure I will be able to watch the DVD of the match over and over again and look at the picture of me when I am holding the trophy in my arms. That is the most important thing to me and not what I can do outside of the court."

And Bartoli isn't just a tennis champion. She claims to have an IQ of 175, higher than the scores of Plato, Beethoven, Albert Einstein, Bill Gates and Stephen Hawking.

Even though BBC received some 674 complaints against Inverdale's unsavoury comments, the online trolls, probably inspired by him had a go at Bartoli on Twitter.

Public Shaming on Tumblr compiled quite a number of tweets by obvious sexists slamming Bartoli for being fat and ugly and hence undeserving of winning the Winbledon.