Home  »  Blog  »  National »  Live From Srinagar  »  Article 35A: An Unprecedented Situation In Kashmir

Article 35A: An Unprecedented Situation In Kashmir

Separatists, for the first time, might be watching the situation with interest. 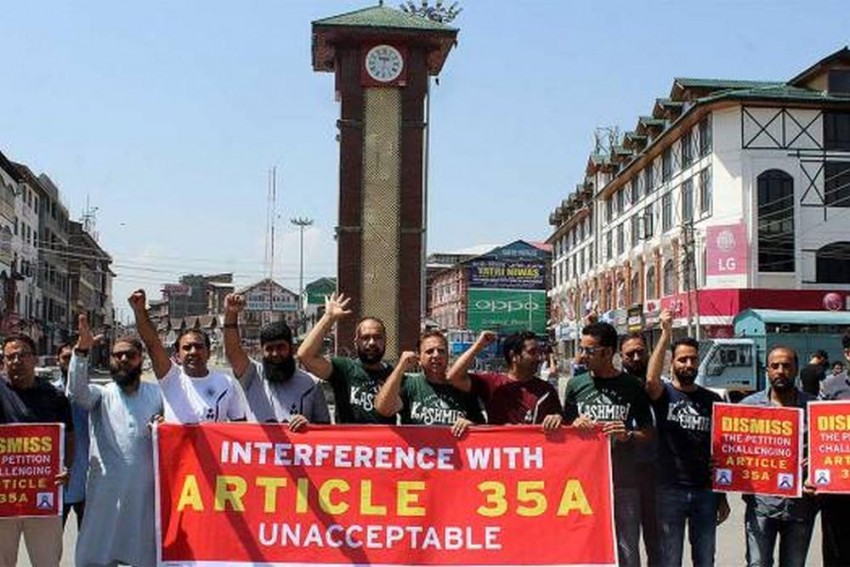 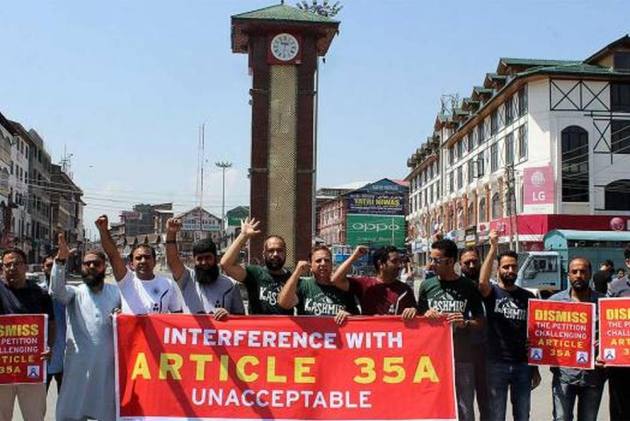 After the meeting, Omar said it was unanimously resolved that the government of India should clear its stand on Article 35A that gives special status to Jammu and Kashmir and debars non-state subject to own land in the State. They requested the central government to defer the hearing on Article 35 A to January 09 2019 till a democratically elected government is in place in the state.

As the government of India connected Urban Local Bodies and Panchayat election with that of the Article 35A while arguing in the Supreme Court that the case be deferred citing the ULB and Panchayat elections as reason, the two major regional political parties PDP and NC, with three former chief ministers, Farooq Abdullah, Omar Abdullah and Mehbooba Mufti decided to boycott polls asking that democratically elected government in Jammu and Kashmir should take call on the Article 35A.

The election boycott calls would come from separatists, who would argue that Government of India project participation in the elections in Kashmir as referendum in favour of India. In contrast, practice has been the NC and the PDP would encourage people to vote. The PDP took the discourse further as its leaders like Mufti Mohammad Sayeed and now Mehbooba Mufti would often describe Jammu and Kashmir Assembly as the most powerful Legislative Assembly in India and would loudly say that Jammu and Kashmir Assembly would be part of solution of Kashmir issue.

The central government was also generous toward them, though not practically, and even Narasimha Rao, when he was Prime Minister, promised “short of Azadi sky is the limit” in Jammu and Kashmir, which promoted Farooq Abdullah to come up with the autonomy resolution in Jammu and Kashmir Assembly. The then BJP government in 2000 rejected the resolution passed by the State Assembly but Dr. Farooq didn’t break the alliance with the BJP. Mehbooba Mufti promised self-rule but after the 2014 elections which she fought against the BJP, she forged an alliance with the BJP. Now the situation is such that a request from them to the central government to defer the hearing on Art 35 A on January 09 2019 till a democratically elected government is in place in the state is not entertained.

Separatists, for the first time, might be watching the situation with interest. As the government has decided to go ahead with the elections, giving no importance to poll boycott of Farooq Abdullah, Omar Abdullah and Mehbooba Mufti, or for that matter on Hassan Mir, it is sort of vindication of separatist stand that mainstream doesn’t count here for New Delhi. The separatists have been usually calling them: “Quislings and puppets of New Delhi.”

If the Centre doesn’t entertain a request to defer the hearing on Art 35 A till a democratically elected government is in place in the state, from likes of Farooq Abdullah, Omar Abdullah and Mehbooba Mufti, then how come it expects that the separatists should come forward for talks as “our doors are always open for anyone who is ready to talk.” It is indeed an unprecedented situation in Kashmir.