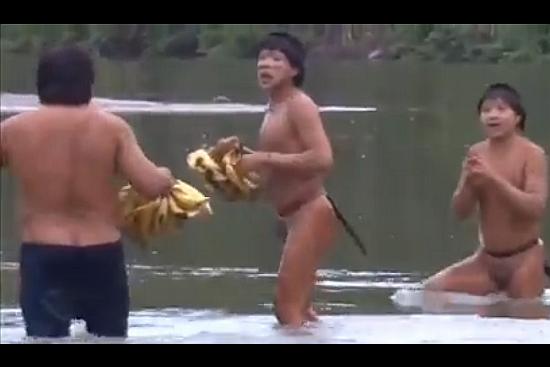 The men, dressed in loincloths, and carrying bows and arrows, are shown accepting bunches of bananas from a group from a local village of the Ashaninka native people of northern Brazil along the banks of the Envira River, near the Peruvian border.

The people, whose language is recognised as part of the Pano linguistic group, emerged from the Amazon rainforest and made contact with the outside world reportedly for the first time.