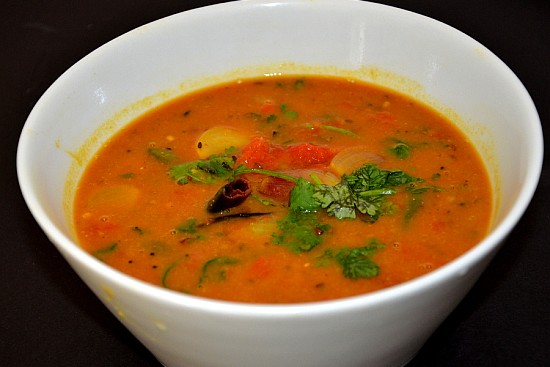 DNA recently carried a piece on the history and diversity of sambar, the South Indian staple.

The piece is strewn with little bits of information that most people don't know about.

For instance, did you know that the quintessentially Tamilian sambhar was a Maratha creation?

A family tradition – of sorts – is believed to have introduced sambar to the world. The story (with many deviations) goes that Shahuji Bhonsle, second Maratha ruler of Thanjavur (who reigned from 1684-1712), was to welcome cousin Sambhaji – son of Shivaji – to his palace. But preparations for a royal feast were hindered as kokum, used for Maharashtrian amti, was unavailable. So were supplies like moong dal, in whose place toor dal was used.

The article also talks about how sambar is not a homogeneous thing. It has many variants found across Karnataka, Andhra Pradesh and Tamil Nadu. In fact, 'sambar' is rarely called so in most Tamilian homes.

kuzhambu, an umbrella term meaning 'gravy', is commonly used. Especially when there's rice, rather than idli or dosa, on the plate. "As for varieties, there's paruppu urundai sambar/kuzhambu, in which the dal is balled into kofta-like dumplings and cooked in the masala. And muttai kuzhambu – egg sambar