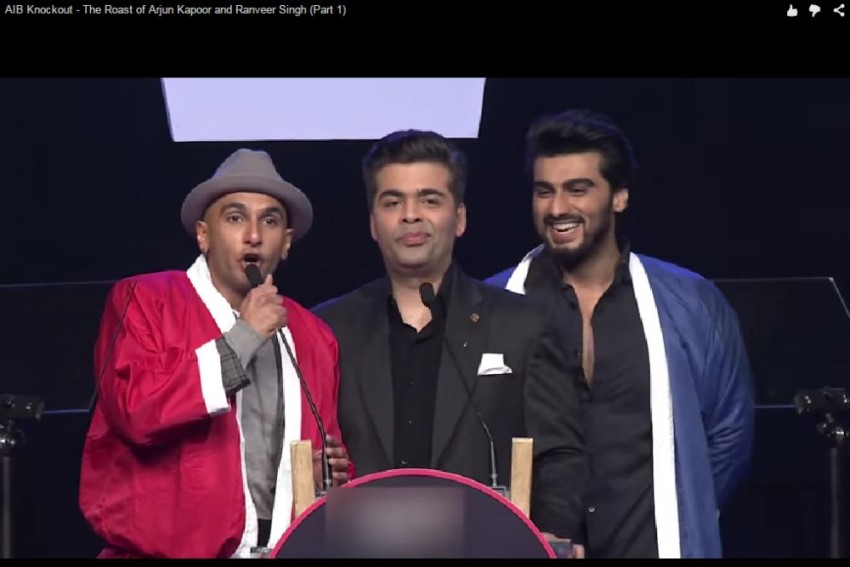 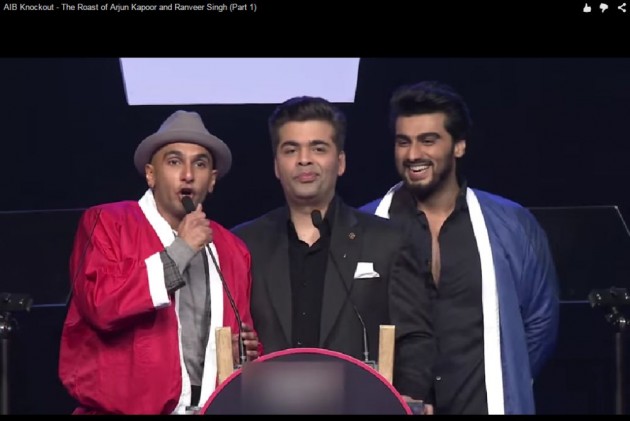 An unfazed Johar took to Twitter to reply to Pandit.

A lot of voices came out both in support of and against his statement and the show itself.

So a man w/ no compunctions abt a truly vulgar tweet will decide what's "appropriate" for #Indian cinema-goers? #IncredibleIndia #AIBRoast

Last RT. Filmmaker & censor board member @ashokepandit tweets filth about @karanjohar. Is this acceptable? He should quit or be removed.

Ranveer said he is smooching @karanjohar 4yrs but still he didn't take him in his film. Now u can understnd what actor/actres has 2do 4film.

The @AllIndiaBakchod #roast with @arjunk26 n @RanveerOfficial is out there n is outstanding! @karanjohar sayin "that's my position" is epic!

When you simultaneously piss off Salman Khan and religious nuts, you must be doing something right. #AIBRoast

#AIBRoast is what we all need; an ability to laugh at ourselves is a state of self-actualization. Bhakts, Sanghis, BJP acolytes can sulk!

Karan Johar's sex-parody of Tum Paas Aaye in AIB roast was one of the worst things I've had the bad judgement to see in ages.That's humour??

@GabbbarSingh @AngellicAribam Karan Johar is Gay...no one care about thatbut he should not reveal his pose...shame on him

"@ashokepandit: you seem to forget a minor requirement of consent of the participants. Which my favourite #AIBRoast had. @bollywoodsamba

@ashokepandit I feel that the AIB roast was a complete Gay propaganda tool to subvert young minds.

"Don't teach me what is humour - I am the king of comedy" Exactly! Chaltey phirtey comedy http://t.co/sktcymVmHu

Achha mauka to do a photoshop of @ashokepandit kissing a Taliban mullah full on the lips. Like that #UCB unhate campaign.

Pandit later defended his tweets against Johar, saying he was only reacting to the way in which the filmmaker and the other brilliant actors used such kind of language which should not be spoken at a public show.

"They can't use the language in public that is not decent in any form," he said, adding, "the entire show was abnormal".

"I have reacted because I am a Karan Johar fan, Ranveer Singh fan, Arjun Kapoor man....I have very right to do that. And if they feel about my tweet if they are hurt about my tweet, they can consider it as an extension of their roast," he said in Jaipur.

As of now, the event and the stars awaits probe by Maharashtra government on 'appropriate clearences'.