A Young Girl's Letter To Her Sexual Attacker 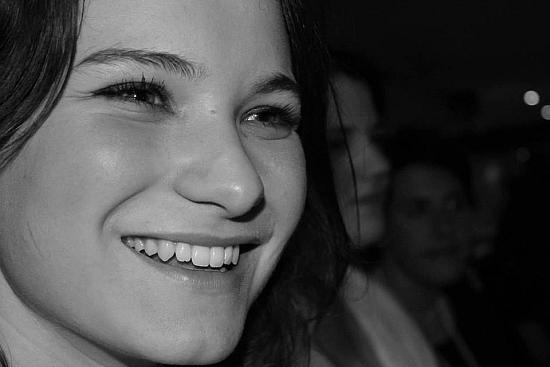 An Oxford University student allegedly raped near her family's home in north London earlier this month has struck back with an open letter to her attacker in which she refuses to change her behaviour or to become a victim.

20-year-old Ione Wells waived her right to anonymity with 'A Letter to my Assaulter', saying that she refuses to change her behaviour or to become a victim.

She said that her unnamed assailant, who has been charged with serious sexual assault, had not shaken her faith in community and that there were more good people than bad in the world.

She wrote in the university's 'Cherwell' student newspaper to launch its #NotGuilty campaign, which aims to emphasise that assault is never a product of the victim, their choices, their clothing or their neighbourhood.

Full text of the open letter:

cannot address this letter to you, because I do not know your name.

I only know that you have just been charged with serious sexual assault and prolonged attack of a violent nature.

And I have one question.

When you were caught on CCTV following me through my own neighbourhood from the Tube. When you waited until I was on my own street to approach me. When you clapped your hand around my face until I could not breathe. When you pushed me to my knees until my face bled. When I wrestled with your hand just enough so that I could scream.

When you dragged me by my hair, and when you smashed my head against the pavement and told me to stop screaming for help. When my neighbour saw you from her window and shouted at you, and you looked her in the eye and carried on kicking me in the back and neck.

When you tore my bra in half from the sheer force with which you grabbed my breast. When you didn’t reach once for my belongings because you wanted my body. When you failed to have my body because all my neighbours and family came out, and you saw them face-to-face.

When CCTV caught you running away and then following another woman twenty minutes later, from the same station, before you were arrested. When I was in the police station until 5am, while you were four floors below me in custody. When I had to hand over my clothes and photographs of the marks and cuts on my naked body to forensic teams.

Did you ever think of the people in your life?

But I do know this: you did not just attack me that night.

I am a daughter. I am a friend. I am a girlfriend. I am a pupil. I am a cousin. I am a niece. I am a neighbour. I am the employee who served everyone down the road coffee in the café under the railway.

All the people who form those relations to me make up my community and you assaulted every single one of them. You violated the truth that I will never cease to fight for and which all of those people represent: that there are infinitely more good people in the world than bad.

This letter is not really for you at all, but for all the victims of attempted or perpetrated serious sexual assault and every member of their communities.

I’m sure you remember the 7/7 bombings. I’m also sure you’ll remember how the terrorists did not win, because the whole community of London got back on the Tube the next day. You’ve carried out your attack, but now I’m getting back on my Tube.

My community will not feel we are unsafe walking back home after dark. We will get on the last train home and we will walk up our streets alone, because we will not submit to the idea that we are putting ourselves in danger in doing so.

We will continue to come together, like an army, when any member of our community is threatened.

This is a fight you will not win.

Community is a force we all underestimate. We get our papers every day from the same newsagents, we wave to the same woman walking her dog in the park, we sit next to the same commuters each day.

Every individual we know and care about may take up no more than a few seconds of each day, but they make up a huge proportion of our lives. Somebody even once told me that, however unfamiliar they appear, the faces of our dreams are always faces we have seen before.

Our community is embedded in our psyche. You, my attacker, have not proved any weakness in me, or my actions, but only demonstrated the solidarity of humanity.

As you sit awaiting trial, I hope that you do not just think about what you have done. I hope you think about community. Your community – even if you can’t see it around you every day. It is there. It is everywhere.

You underestimated mine. Or should I say ours? I could say something along the lines of, ‘Imagine if it had been a member of your community,’ but instead let me say this.

There are no boundaries to community; there are only exceptions, and you are one of them.