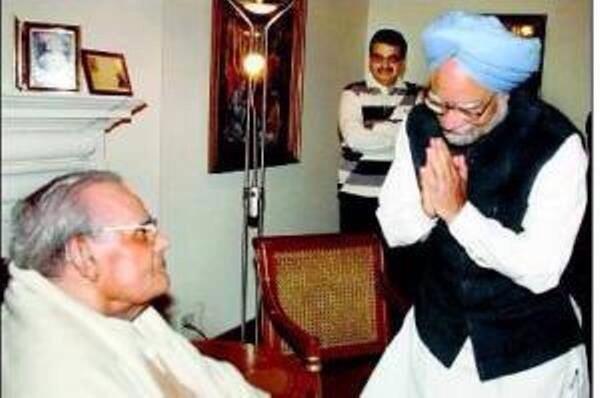 In the Times of India, Akshaya Mukul has a nice peek into the life Atal Bihari Vajpayee now leads:

Unlike the good old days, no one comes calling on him with complaints about the party or to listen to his poetry. The only regular visitors are N M Ghatate, Vajpayee's friend of nearly six decades, L K Advani and B C Khanduri (the general-turned-politician who was chief minister of Uttarakhand), who come to sit by his side or ask daughter Namita about his health.

Ghatate who visits him almost every week, sometimes even twice, says, "Prime Minister Manmohan Singh makes regular inquiries about his health and never misses wishing Vajpayeeji personally on his birthday."...

When Ghatate gave him the news of the death of JN Dixit, Manmohan Singh's first national security advisor, Vajpayee said, "He was a good man. His problem was he used to work hard and worry a lot about the consequences." Ghatate pointed out Vajpayee's NSA and Dixit's predecessor Brajesh Mishra was also hard working, to which Vajpayee retorted with a mischievous smile, "Yes, Brajesh too was hard working, but then I had to worry about the consequences," Ghatate recounted this to Mishra and the two had a good laugh.

Read the full article at the Times of India: A peek into the life Atal Bihari Vajpayee now leads