Crackdown On Activists: A New, Chilling Method To Quash Dissent

On Monday, a court in Delhi acquitted Dal Khalsa activist, Satnam Singh and Tejinderpal Singh, who were tried on charges of ‘warring against the nation’ under sections 121 and 121A of the Indian Penal Code. 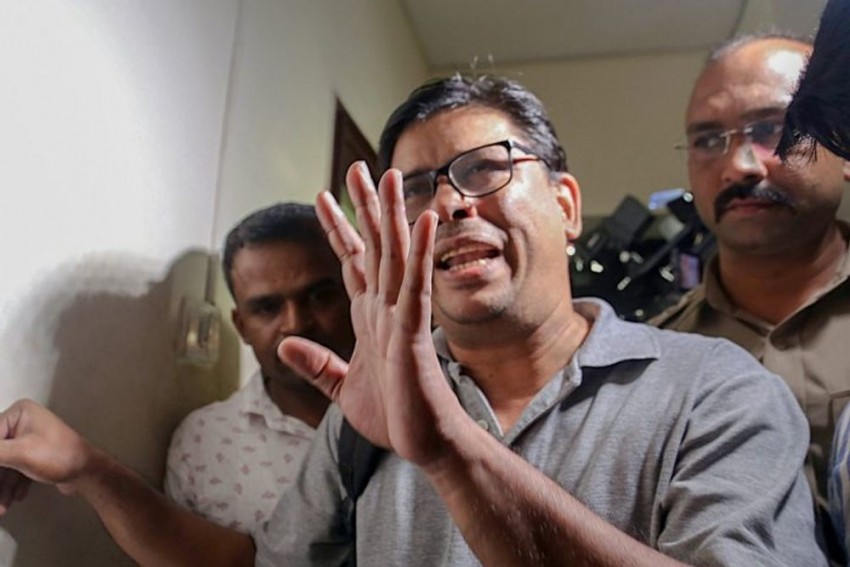 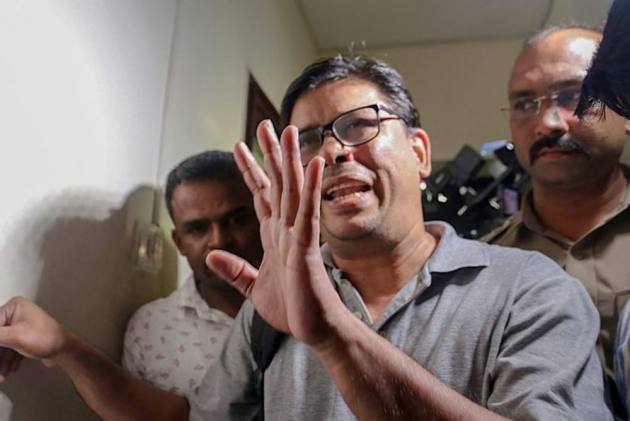 Not too long ago, one associated coordinated raids and arrests with crooked corporate entities or organized crime syndicates. Whatever law enforcers use it for, one never heard of such exercises conducted on human rights defenders. The police action is accompanied by a new vocabulary used in silencing dissent – ‘Conspiracy to assassinate the PM’ – one that will immediately polarize people according to political loyalties, conspicuously before elections.

On Tuesday, a group of policemen from Pune carried out simultaneous raids in multiple locations including New Delhi, Goa, Ranchi, Faridabad, Hyderabad, Chhattisgarh and Mumbai. The raids were conducted at the homes of a clutch of human rights defenders – Varavara Rao, Gautam Navlakha, Sudha Bharadwaj, Vernon Gonsalves, Stan Swamy, Anand Teltumbde, Arun Fereira – all of whom have been instantly identified in most of the subsequent media reports as ‘left-wing activists’ instead of their work for human rights. The Pune police have also arrested Bharadwaj, Rao and Navlakha, who has a day’s reprieve from the Delhi High Court.

The authorities have linked many of these people to Maoists over time and in some cases have used cases of sedition, UAPA and other serious charges to quash their dissent and activism. That is certainly not a new turn for Indian authorities and many times, the charges are later found to be false. On Monday, a court in Delhi acquitted Dal Khalsa activist, Satnam Singh and Tejinderpal Singh, who were tried on charges of ‘warring against the nation’ under sections 121 and 121A of the Indian Penal Code. The police had also charged them with sedition in the 36-year-old hijacking case, but the court had dropped these during the stage of indictment.

The Pune police raided the homes of these activists during the course of an investigation into violent clashes between Dalits and Peshwas in Pune in January 2018, following the Elgar Parishad in December 2017. Recently, the Pune police had also arrested some other activists in the same case and the charge that was popularized in the media is aiding a Maoist conspiracy to assassinate the PM. This included Dalit activist Sudhir Dhawale and lawyer Surendra Gadling, whose arrests are important to this narrative.

Dhawale was arrested in January 2011 from the Wardha railway station, a day before he was to address a Dalit youth rally of the Yuva Ambedkari Sahitya Sammelan. He spent around three years in jail before a court in Maharashtra acquitted Dhawale of trumped-up charges that he had been putting up posters of the Maoists’ guerilla wing – the People’s Liberation Guerilla Army. The lawyer who defended him was Surendra Gadling, who has defended many others accused of working with the left-wing outfits. It is easy to point out Saibaba because he has been in the news but there are scores of others whom Gadling defended and who were later acquitted. The list also includes unnamed tribal people who were picked up at random and charged in cases for crimes that had a chilling similarity in their content and in the manner that they were arrested.

Upon his acquittal in 2014, Dhawale had told me that, back in the 1990s, he had worked with frontal outfits of the banned CPI-ML, Vidyarthi Pragati Sangathana and Ahwan Natya Manch, in his early years but parted ways with ultra-left organizations when he found himself disinclined towards Maoist ideology. Both Dhawale and Gadling have been arrested in the case built around the January 2018 violence.

Bharadwaj is a well-known human rights activist who moved to working as a trade unionist in a remote area, sacrificing her academic career. She was a part of the People’s Union for Civil Liberties – an organization formed by Jaya Prakash Narayan. Finance minister Arun Jaitley and former Rajya Sabha MP Arun Shourie were its members during the Emergency years. Following the emergency years and the death of JP Narayan, the organization has steered clear of politics and continued its work in human rights but been labeled as ‘left-wing’ over time.

Gautam Navlakha is a published author, writes for the Economic & Political Weekly and is also an activist for human rights. Stan Swamy is a 83-year-old former pastor who settled down in Jharkhand while it was still ‘South Bihar’, developed differences with the church and continued to live and work from Ranchi as an activist. Varavara Rao is 77 and often referred to as a ‘Maoist ideologue’ by the media; not that he writes ideological documents for the ultra left party.

All of these people have expressed dissent against the government at some point or the other, regardless of which political party might be leading it. It is a little difficult to imagine them buying guns and lakhs of shells to assassinate a prime minister. A letter supposedly written by Maoists claims to be plotting the assassination of the prime minister. The assassination of a prime minister is not a simple act: a court in Chennai is still probing (for a quarter of a century) the security breaches that led to former PM Rajiv Gandhi’s assassination and the conspiracy behind it. But, when such a charge is pushed into public domain, it fuels the polarized political atmosphere in India, particularly so on the brink of elections.