A Long, Slow Descent Into Hell 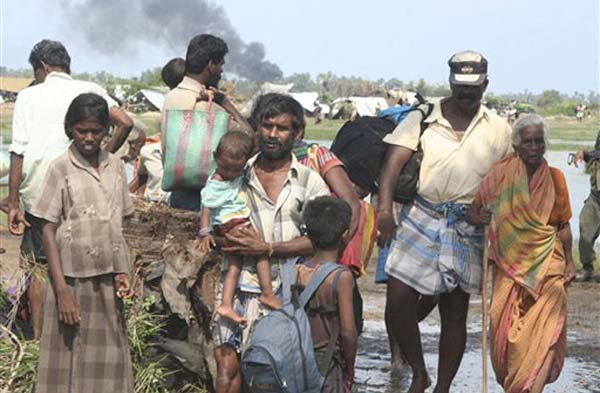 The decades of bitter fighting between the Sri Lankan army and Tamil rebels has left a beautiful country bereft and thousands caught in the crossfire. Novelist Romesh Gunesekera mourns his island's fate in a moving essay in the Guardian:

For 26 years the main story in Sri Lanka has changed little: bombs, bullets, carnage and suffering. LTTE suicide bombs on buses, at train stations, suicide trucks at the Temple of the Tooth, the Central Bank, the assassination of one president, the wounding of another, and government military campaigns with increasing firepower and increasing casualties, terrifying air strikes and massive bombardment. Sadly, there have been other spikes of horror in the country with tens of thousands of dead - the 2004 tsunami, floods, the 80s insurrection in the south, disappearances, abductions - but the war has gone on relentlessly, in one area of the north or another, with only short periods of truce in which the Tigers and the government each gathered strength for the next round.

In those 26 years the great map of the 20th century was transformed: the Berlin wall came crashing down, Germany was reunified, the Soviet Union disappeared, China became the factory of the world and India boomed. But in Sri Lanka, the story remained the same.

Read the full essay: A long, slow descent into hell