A Light Goes Out In Lahore 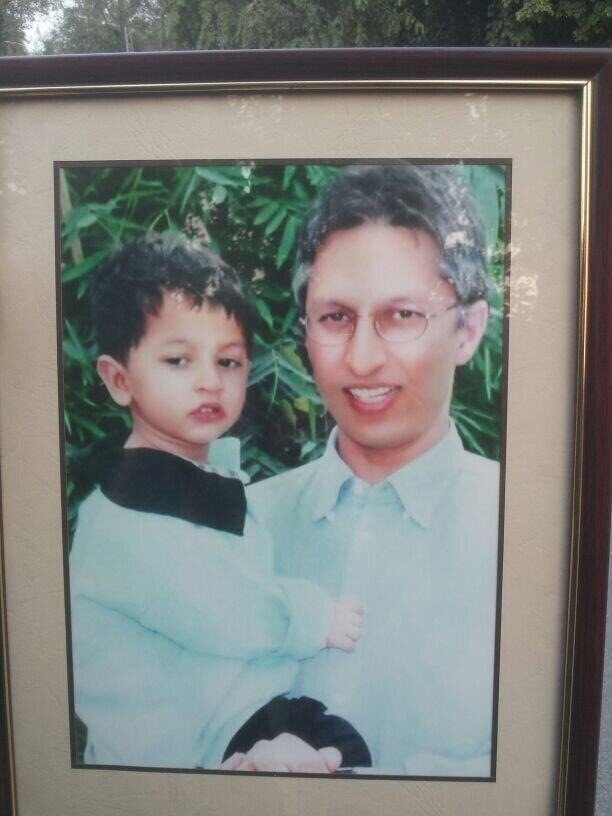 Professor Syed Ali Haider, professor and chairman of ophthalmology at Lahore General Hospital and renowned vitreo-retinal surgeon got up on Monday morning to take his son to school. His son Murtaza Haider was 11 years old. In front of Forman-Christian college, literally yards from the house of the deputy prime minister of Pakistan, gunmen on a motorbike opened fire on them. Dr Ali Haider and his 11 year old son were shot dead, both with gunshots to the head. There are "no witnesses". No one took down a description of the killers, much less the make and model of their motorbike. Nobody has been caught. It may be that nobody will be caught. Or it may be that someone will be caught, and as in hundreds of previous cases, will be released. It is even possible that the government of Punjab will for a few years pay a stipend to the killer's family just in case they have to lock him up. They have done that in the past. The quality of mercy is not strained in Punjab.

But there is no great mystery about why Professor Ali Haider and his 11 year old innocent child were shot in the head. They were shot because they were Shias and a small but powerful faction of Pakistan's Sunni majority has declared them "kafir" (infidel). They were also shot because he was a prominent, highly educated, highly esteemed member of the community. What use is a message if it is not heard? The killers wanted to be heard, loud and clear. It will not be a stretch to imagine that they are also proud of their act; satisfied that their op went off without a hitch. At their post-murder celebration they may have told stories and laughed; perhaps some of the laughs and stories were about the boy and how his eyes looked just before he died. It was right in front of the deputy PM sahib's house, so they probably did not have the time to make a video. But they do that too. They make videos, and then post them on Youtube with songs in the background. They are not ashamed. They are looking forward to doing it again.

So who did they manage to kill this time? Syed Ali Haider was born in Multan, the son of Dr Syed Zafar Haider and Dr Tahira Bokhari. Dr Zafar Haider had then recently returned after more than ten years of training and working in England and was a junior professor of surgery at Nisthar Medical College in Multan. His son went to school at Burn Hall school in Multan. He graduated from Government college Multan and joined King Edward Medical College Lahore in 1981. A shy and unassuming young man, he was serious and studious; he stayed out of the limelight even as his father taught at the same college as an almost legendary professor of surgery (and the country's most famous specialist in the surgical problems of the thyroid and parathyroid glands), and his mother took over as professor and then head of the department of anatomy at the same institution. After graduation he went to UK and became a Fellow of the Royal College of Surgeons in Edinburgh, home of countless famous surgeons and physicians. He then did a fellowship in vitreo-retinal disorders at Oxford university before returning to Lahore and joining the medical school there. He not only returned to work and teach in Lahore, he tried to convince many others to do the same.

In a very short time he became the head of the ophthalmology department at Lahore General Hospital and transformed it from a backwater into the country's premier centre of retinal disorders. When MNA Jamshed Dasti's men injured Dr Meher Iqbal in the eye in Muzzafargargh, it was Professor Ali Haider who operated on Dr Iqbal's injured eye. Hundreds of patients, rich and poor, literally owe their sight to Professor Ali Haider. Each year he went to his village near Pakpattan and set up a free eye camp where he donated his services and one million rupees worth of free medicines, lenses and implants. He also worked at Shaukat Khanum Memorial Cancer Hospital and operated on retinal tumours, mostly on patients who could not afford to pay him a penny for his services. It is customary to say good things about the recently deceased, but I challenge anyone to find anyone in Lahore (or anywhere else) who does not regard Professor Haider as something of a saint. Dhoondo gey agar mulkon mulkon, milney key nahin nayab hain hum. (You may search across the globe, you will not find another, he was unique).

And no one was prouder of Ali Haider than his father, professor Syed Zafar Haider. A few months ago a friend asked the legendary professor how his son was doing. With obvious pride Dr Zafar Haider replied "Dr Sahib, hum ney tau sari umar kuch nikala hai..sainkRon thyroid or parathyroid nikaley; per Ali tau aagey nikal gaya. Uss ko dekhiey, woh to sainkRon ko beenaee day raha hai". (Doctor sahib, we just used to take things out...took out hundreds of thyroids and parathyroids, but Ali has gone beyond us. He has given sight to hundreds"). The hardest heart must shatter when it imagines the feelings of Dr Zafar Haider today.

Dr Zafar Haider's father, Syed Mohammed Shah, was a lawyer in Pakpattan. Hailing from the nearby village of Chak Haiderabad (named after the same illustrious family), he was a successful lawyer who made sure his younger brothers and his three sons recieved the best education Pakistan had to offer. Abbas Haider became a dentist, Zafar Haider a doctor and Afzal Haider a lawyer. Dr Zafar Haider went to UK to do his FRCS and then stayed on to specialize in the surgery of the thyroid gland. On his return he became a professor of surgery at Nishtar Medical College in Multan and then at King Edward Medical College in Lahore. Professor Zafar Haider was a man of great learning, highly cultured, erudite and witty. He did not suffer fools gladly and could be intimidating to his students and juniors, but anyone who managed to hang around became his devotee for life. He was our teacher in medical school and I had the honor to spend a few months as a house surgeon in his unit. A few anecdotes may help to bring his multifaceted character into better focus.

One day, when he was still a young professor, Dr Zafar was delivering a lecture when the ringing of a bell was heard in the hallway outside. An irritated and obviously angry Dr Zafar Haider opened the door sharply to reprimand the perpetrator only to see a junior lab attendant merrily riding his bicycle down the hall on his way out of the building. Softening immediately, Dr Zafar stepped back in with a smile and quoted the verse "Har zara apni jagah aftab hai" (even the tiniest atom is a sun in its own place). He had an endless supply of Urdu verses for every occasion and could more than hold his own in "bait bazi" (matching verse to verse in competition). He was a stickler for form and expected to be treated like a god in his unit, but unlike many fake divinities who filled the halls in medical school, he was the real article. He could stop at the bedside of a patient and suddenly launch into lecture on some arcane surgical topic, complete with its history and anecdotes about famous luminaries in that field. One day we were making rounds and had walked by ten patients in ten minutes when we came to a patient with a foot injury and for some reason Dr Zafar stopped and started talking about amputations. For the next 30 minutes, without any preparation or planning, we were treated to a history of amputations, from ancient times to the 20th century, complete with anecdotes including one that has somehow stuck in my mind about Symes performing his new amputation and promising the patient that he will walk to London on this foot. Dr Zafar taught generations of doctors and treated generations of patients, thousands of them operated upon for free in Nishtar hospital and Mayo hospital. And yesterday he buried his only son in the same town.

An extremely honest and hardworking man, he was briefly appointed medical superintendent of Mayo Hospital Lahore. Almost overnight, the hospital was transformed in appearance as well as function. Dozens of tiny well tended gardens bloomed where there had only been patches of brown scrub. Medicines magically appeared in the wards and poor patients were getting life saving medicines from the hospital store; the same hospital store that had never seemed to have most medications in stock. Just to make sure he also had a sign put up in the country's busiest emergency department saying "Please do not bring medicines from outside; the hospital will supply all essential medicines". One day the child of the chief secretary Punjab suffered a minor burn on his hand and Professor Zafar Haider admitted him to the ward. People wondered why he had been admitted for such a minor injury. Professor sahib said “you have one night, order burn medicines we can never get, the Punjab government will deliver instantly; keep them safe, some poor people will get saved in the days to come”. The day he was replaced he personally ordered the staff to carry hundreds of intravenous bags to the children’s ward so that they would have life-saving drips on hand when children with diarrhea came in. He was afraid that after he left charge, the store would no longer supply the said drips. He said “Dr sahib, hum Hussein key ghulam hain, paani kaisey rok saktey hain”. (“Dr sahib, we are followers/slaves of Hussain, how can we refuse water to someone?”) Sadly that slavery cost him his son and his grandson last Monday. What an awful tragedy. What a crying shame.

"The eldest hath borne most; we that are young shall never see so much or live so long" (King Lear)

For background and more about the history of Shia killing in Pakistan, please see here