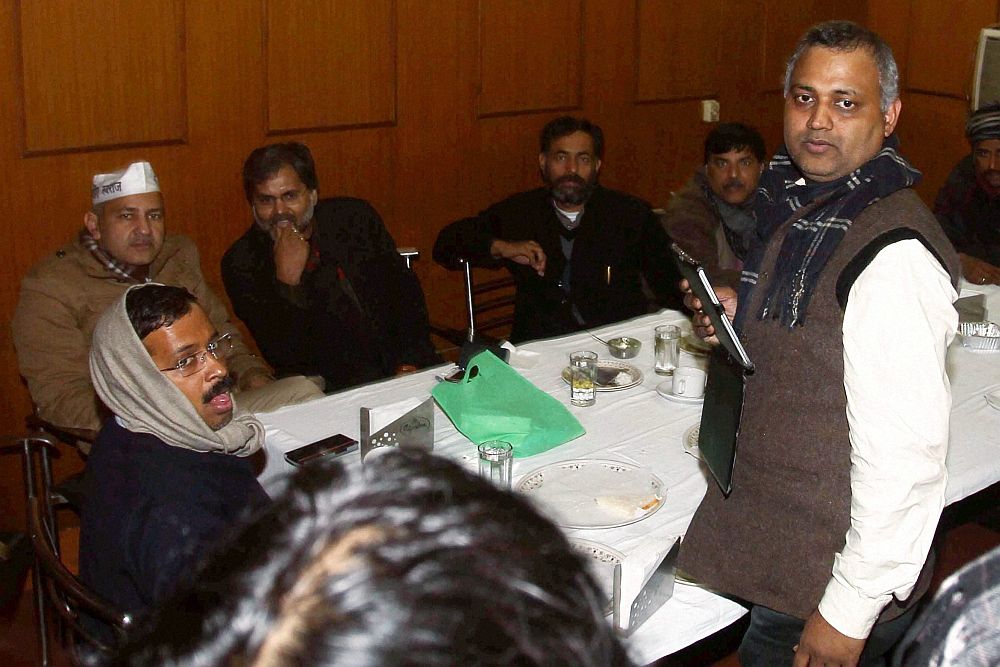 Will the recent incident involving Somanath Bharti have a negative impact on the image of Aam Admi Party?

According to the ABP News-Nielsen opinion poll, 50 per cent feel that Delhi chief minister Arvind Kejriwal should not have staged a dharna and protested against alleged non-cooperation by officers of the Delhi Police in the aftermath of the incident in Khirki extension. There is a complete split of opinion amongst total respondents with 48% saying otherwise.

Delhi CM Kejriwal’s performance above average in last one month

As per the ABP News-Nielsen opinion poll, half of respondent surveyed (51%) said that they will vote for AAP if Lok Sabha elections were held tomorrow. Around 46 per cent said they will not vote for the party. as per the survey, there is a drop of 13% from the Vidhan Sabha voting.

As per the ABP News-Nielsen opinion poll, almost two thirds majority, 63% of respondents surveyed said that they will vote for AAP if Delhi Vidhan Sabha elections were held tomorrow.

50 per cent support Modi as prime minister in Delhi

Narendra Modi is the preference of half of the respondents surveyed in Delhi for the position of Prime Minister. It would appear that about 14% of those who said they would vote for AAP in Lok Sabha elections, would prefer someone other than Arvind  Kejriwal as PM. Around 37 respondents voted for Arvind Kejriwal and 10 per cent for Rahul Gandhi as PM.

The opinion poll was conducted by ABP News-Nielsen between 25th and 26th January, 2014 with 1501 respondents.