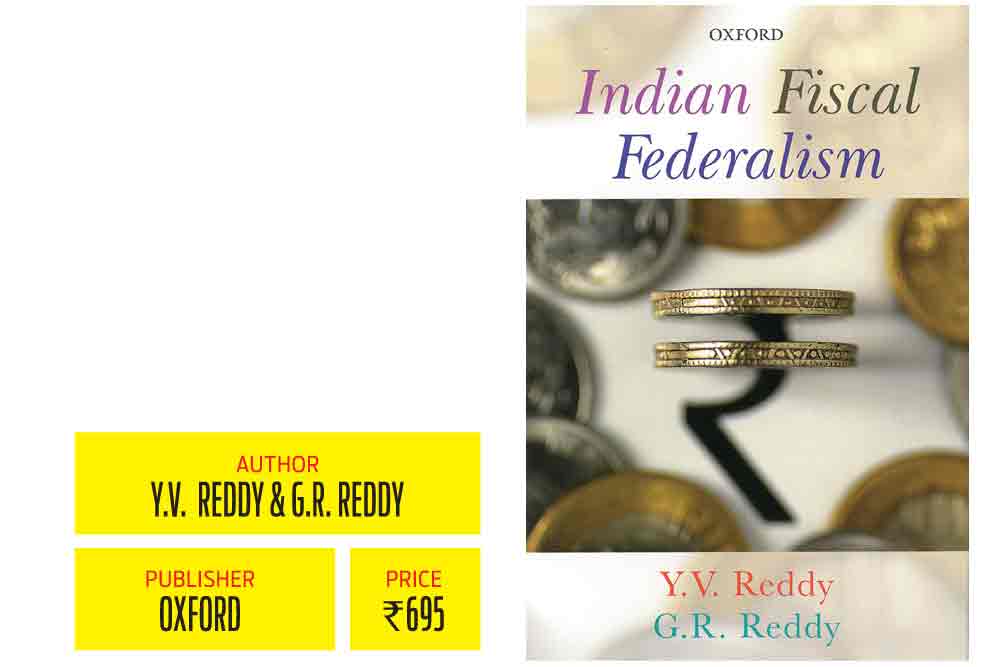 Former RBI Governor and noted Indian economist Y.V. Reddy has never been very media friendly. So, whenever he comes in front of the public it can be assumed that he has something substantial to say.

Knowing his reputation, when we picked up his newly released book Indian Fiscal Federation (co-authored with G.R. Reddy – Advisor (Finance) Telangana Government) for review, we are not looking at something which can be passed on as a light airport read.

Released months before the upcoming election, thankfully, the book is not a political commentary. Rather, this well-researched document is a contemporary, timely and comprehensive analysis of fiscal federalism in India.

Before delving deep into the subject, the first few chapters (precisely first four chapters) throw light on the origin of fiscal federalism and how finance commission was formed. The authors pointed out, fiscal federalism, which can be viewed as a game in politics, economics and public finance between the centre and the states, was highly influenced and in fact structured to provide favourable trading benefits to the British crown. It was after the independence, the policies were slowly reshaped over decades by successive governments to bring significance difference in its functioning. Not very heavily jargoned, the chapters flow fluidly. If you are a history buff, you might pick up some interesting facts especially about the formation of the Indian constituency.

As the book proceeds, the authors get more technical in the next few chapters explaining vertical and horizontal fiscal distributions, grants and aids and basic structure, features, successes and failures of the planning commission. This part of the book is heavy on fact, hence needs mindful reading. The basic concept of economics and taxation might also come handy.

The chapter the stands out is the understanding and explanation of the Goods and Services Tax. From inefficiencies of the previous tax regimes to what was the need for a much evolved taxation system to its fallacies, the authors eloquently explains the importance of goods and services tax. Appreciating its potential, they point out, “GST Council is a shining example of cooperative fiscal federalism at its best. For the first time, despite having differences, the Union and the States have voluntarily come together to share a common base…. While the arrangement is yet to stand the test of time, the functioning so far gives rise to hope that it will be pillar of strength on the indirect revenue side…”

Flipping few more pages, reader comes to the Niti Aayog chapter. Similar to the GST one, the authors go at a great length to explain it structure, formation and functioning. Niti Aayog, the authors explained, is a new incarnation that warrants an initial assessment. It is intended to address the weakness in the functioning of the planning commission. “However, it has not been able to come forward with anything positive,” they pointed out quite bluntly.

Even if you decide to skip through one or two too technical parts, don’t miss out on these two.

A word of caution – this book is not meant for those who are keen on economics and finance. If randomly picked, it would be put down within minutes and not even hours.

Unleashing The Laxmi Within