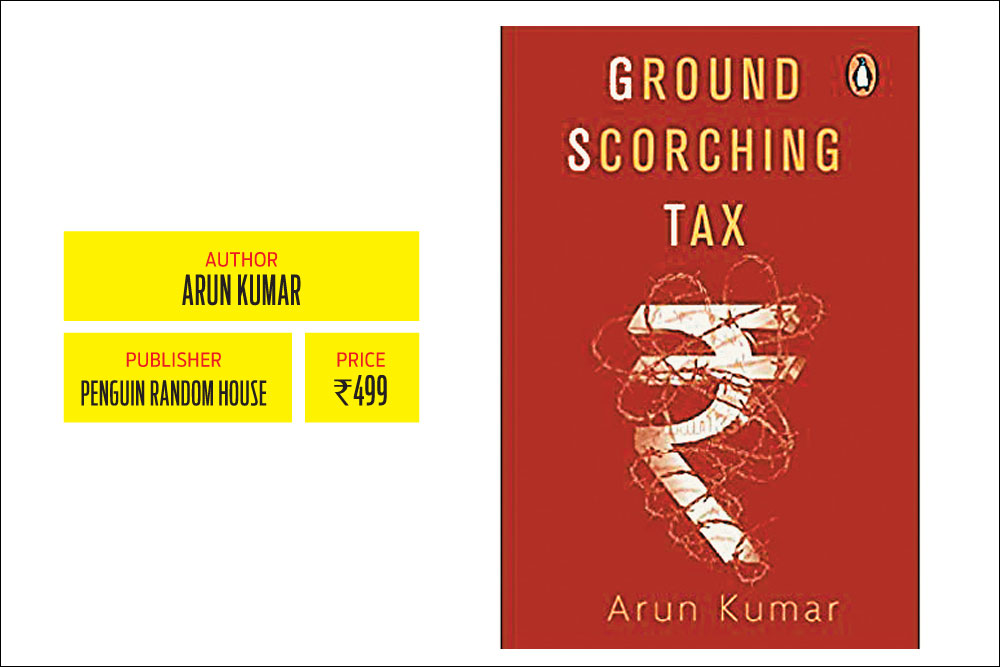 Tax is critical for any government as the revenue collected is used for people’s welfare. On July 1, 2017, the Indian government introduced the Goods and Services Tax (GST), popularly termed as ‘One Nation One Tax’.

There were challenges before it was introduced and challenges remain even after two years after it has been implemented. Numerous books have been written on these two critical aspects.

Written on the same lines, Ground Scorching Tax by Arun Kumar, published by Penguin Random House, is a book that points out the weaknesses of every political party that has been in the government and dealt with GST. It also argues that the problems resulting from GST are not implementation issues alone, but largely structural ones.

It highlights the typical hurdles in the execution of GST that the current and the previous governments could have resolved. “Various political parties at different times have favoured or opposed GST depending on whether they are in power or in the opposition,” said Kumar in his book.

“So far each state that a business operates in, there would be thirty-seven returns to fill up or cross check. For thirty-one states and union territories, there would be 1147 forms. This book does not look like simplification,” said  the author.

One of the highlights of this book is the author’s ability to show how black money plays havoc in the domestic economy. This book not only highlights the current problems in implementing it but also provides a possible solution.

It also presents the contradiction between collecting more revenue under GST than earlier and the claim that prices would fall. Anyone who has an interest in GST will find this book useful.

The author has taken the effort to bring home the points that have remained elusive to a general reader in understanding GST. He has established that black money is circulated via real estate but not generated there.

However, despite the best efforts to balance the arguments both to and for GST, the author has allowed large failures of GST across the world to be the dominant argument. As a result, the book rips through the concept of GST in India and shreds the argument of the government that it has been successfully implemented.

Kumar does not mince words when he has to say that GST is not a simple tax.

He uses different examples to highlight that GST was not implemented as conceived. The author also comes out strongly to highlight the weakness of state finance ministers at the GST council meetings.

The author has taken special efforts to ensure that technical aspects do not drive away the reader. This particular aspect is reflected in every chapter of this book.Overall it is a very informative book. It attracts the reader to read till the last word with the same curiosity when one begins to read the introduction.

The well-researched appendix provides academically oriented readers, a rich resource of tables and charts for reference. Author has taken pains to provide a rich bibliography and index for easy reference for research scholars.

Of Fiscal Policies and Protocols