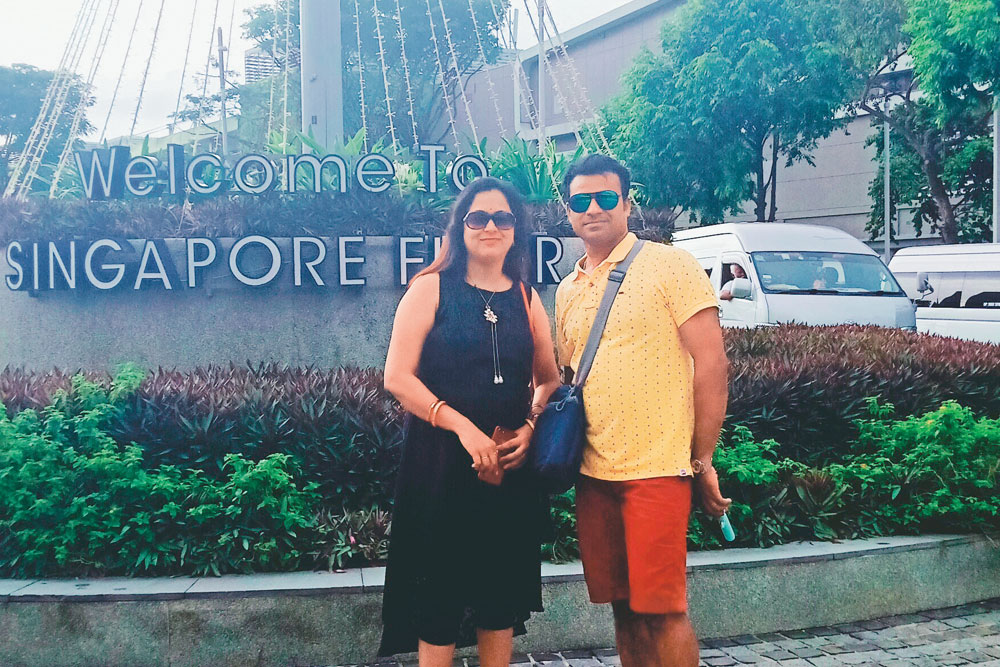 Capt. Satya Subrata Mishra, 40, works as a Merchant Navy seafarer. He lives in Bhubaneshwar, Odisha, with his wife, Binita Mishra, a homemaker, and a son, Yash, who is studying in the fourth standard. The nature of his job in the Merchant Navy requires him to stay away from his family for long periods, as he is generally sea-borne for approximately six months in a year. As such, he was highly concerned about having a sufficient financial cushion for his financial aspirations. Talking about his financial goals, his financial ambitions revolved around his son and accumulating an adequate retirement corpus to maintain his lifestyle. Apart from this, he also had a desire to own a luxury car, costing Rs45 lakh, in the next 10 years.

In the quest to get his financial journey on the right track, he met Sudhansu Mohapatra, Founder, Subham Capital, a year back. Upon preliminary discussions, Mohapatra helped Mishra identify the initial gaps in his financial planning. While he was rightly oriented towards making regular savings and investment, his portfolio was skewed mainly towards real estate. Further, lack of prudent planning and awareness of other investment avenues had also made him invest in LIC endowment and money-back insurance plans coupled with some traditional investment products. As such, the insurance policies were more like investments, instead of adequately covering him and his family for the specified risk.

While his employer also provided him with life and medical insurance, but the same was not considered adequate considering the contemporary lifestyle of his family and the future financial needs towards his son. After several rounds of discussions, Mishra indeed realised the need for sufficient life and medical cover, considering his present job profile and took the right steps to increase his life cover from Rs2 crore to Rs5 crore. Similarly, he opted for additional medical coverage of Rs5 lakh coupled with a Rs25 lakh deductible top-up.

Coming to his financial goals, Mishra was emotionally attached to his goal of saving sufficient amount for Yash’s education. While the financial plan was being chalked out, Yash was in third standard and would have been at the career crossroads within the next 8-10 years. Mishra desired his son to be an aerospace engineer and wanted him to pursue higher education from a foreign university. As such, he was suggested to accumulate regular savings towards this goal through Systematic Investment Plans (SIPs). With a goal horizon of around ten years, an SIP in large cap fund was suggested to impart stability to the investment portfolio and steadily achieve the desired objective.

Given the specific job requirements of the seafarers, he also wanted to plan an early retirement at the age of 55, which is around 15 years from now. Not only did he want an adequate retirement corpus to let him maintain his present lifestyle, but also wanted to travel to different places with his spouse after retirement.

While he could not devote sufficient time to his family during his working life, he wanted to complete his pending aspirations post his retirement and, thus, would not like to defer his goals for want of finances. After such discussions, the retirement goal was precisely quantified considering the present monthly expenses and was suitably increased to accommodate regular vacations with family.

Further, the investment horizon to achieve the desired retirement corpus was also set to 15 years, to match the intentions of early retirement at 55. However, to cushion the early retirement, Mishra owned a house, thereby saving on the regular rent expenses and thus leaving higher disposable income in his hands.

Since he would generally earn for six months in a year, he was advised to make investments in liquid funds and, thereafter, register a Systematic Transfer Plan (STP) into the desired mutual fund scheme. Such an arrangement helped him to meet the irregular cash flows around the year since he had half-year of full income and half year of nil income.

Talking about the third financial goal, he wanted to buy his dream car, Audi, presently costing 40-45 lakh in the next 10 years. While the investment horizon was sufficiently long, the goal of owning a luxury car was seen to be reasonably flexible. As such, the staggering investments in small cap schemes were suggested to achieve this financial goal.

Getting himself back to the track of prudent financial planning, Mishra learned the following investing lessons:

Financial plans are relative. There cannot be a single financial plan that suits all individuals. Instead, one must carefully and prudently plan for the financial goals after considering one’s specific financial concerns, including income, expenses and regularity of the cash flows. As such, it is always advisable to consult a financial advisor for the right advice, when investing.

Careful determination of the financial goals is important. It is always said, “if you do not know your destination, any road will take you there.” As such, it is always suggested to have a clear picture of destination before moving towards that, so that you can suitably adjust your speed and mode of traveling not only at the start of the investing journey but also at periodic intervals.

While Mishra was staying financially responsible towards his family, what he required was just the right direction to set his ship sailing right into the financial seas. He got that direction with his financial advisor which gave him a clear roadmap to achieve his financial goals in a time-bound manner.

Mishra could now visualise dropping his son to a renowned college in an Audi in the next10 years and thereafter availing an early retirement in another five years.

Financial Planning of Satya Mishra is based on the “personal opinion and experience” of Sudhansu Sekhar Mohapatra and that it should not be considered professional financial investment advice. No one should make any investment decision without first consulting his or her own financial advisor and conducting his or her own research and due diligence.