Of Fiscal Policies and Protocols 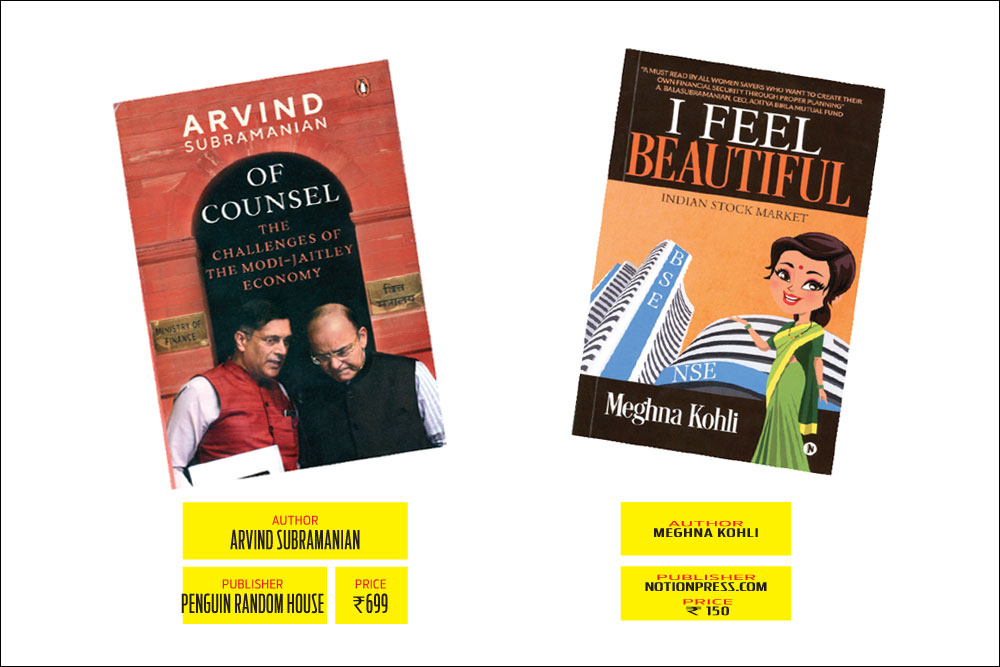 Released months before the general elections, noted economist Arvind Subramanian authored ‘Of Counsel – The Challenges of the Modi-Jaitley Economy’ promised a peek into the government’s economic policies but comes across as the author’s memoir during his stint at the office as the Chief Economic Advisor (CEA).

Subramanian became the CEA in 2014, succeeding Raghuram Rajan, and held office till 2018, and was a part of some of the most daring and controversial economic policies of the Modi government. Hence, the expectation was that the book would provide some great insights and clarifications on policies like demonitisation and introduction and implementation of Good and Services Tax (GST). However, instead of starting with bang, he begins the GST chapter on a personal note on how he and his wife were visiting the Belur Math near Kolkata when Manish Sisodia called him to discuss GST. Though a little biased, however, the chapters are thorough.

Reading the chapter on demonitisation was interesting. At one part, the author writes “Demonitisation was a massive draconian, monetary shock; in one fell swoop 86 per cent of the currency in circulation was withdrawn ..... Growth has been slowing from before, but after demonitisation the slide accelerated. In the six quarter before demonitisation the growth averaged eight per cent and in the seven quarter after it averaged 6.8 per cent”... and with such a statement you start expecting that he might get into the intricacies of demonitisation with relevant facts and figures but a few lines thereafter, he changes his stance completely by saying “as monetary economist what is striking is how small the effect was compared to the magnitude of the shock.”

Similarly on the issue as significant as agriculture, he pointed out, “... The reasons that agriculture matter are well known; it provides sustenance and employment to so many and food to all...”  And for the next few chapters he goes on to explain how crop burning is harming the environment. This is an honest issue. However, he just pointed out the problem (which we are already aware of) and never came up with a solution.  Moreover, he conveniently missed out on issues like farmer suicide, subsidies and distribution of product which are more significant topics of discussion in terms of agriculture. Crop burning though important could have been dove-tailed in the chapters related to environment since much space has been devoted to such a broad topic.

Or on the climate change issue, he openly writes how infuriated he was when few newspaper opinion pieces criticized the government’s standing. And he goes on and on to justify his take on the issue.

Broadly divided in eight themes, the book covers crucial issues like RBI’s monitory policies, demonitisation, goods and services tax, black money and also issues like agriculture, globalisation and climate change. And through this book, Subramanian took the opportunity to reconfirm everything the outgoing government had said before.

The language is lucid and hooks your interests with few good anecdotes and references. From mythological references of Krishna and Arjuna to tennis legends Roger Federer and Rafael Nadal, he finely weaves these characters to his story which instantly pulls your interest. Or the way he starts his introductory chapter … “I was in Machu Picchu, the site of the spectacular, isolated ruins of the Inca civilisation in Peru, when I first received an email asking if I would be interested in the job of CEA”... it would definitely intrigue you to read a little further.  But as you delve deeper into the chapters, you start losing interest and that is basically because this was not something that you expect from a book written by someone like Subramanian.

The publisher Penguin Random House describes the book as “an inside account of his (Subramanian’s) rollercoaster journey as the CEA and a press note published by it says ‘the book will be part memoir and part analytical writing’. Though the memoir part is quite true, the analysis part is substantially missing.

In 2019, it is disheartening to see women giving up their careers to take care of their family. However, this still stands as a harsh truth. With over 10 years of experience in banking, Meghna Kohli currently works as the CFO in a leading logistics company. Kohli has written extensively on women’s involvement in stock market and simultaneously promoting stock market awareness among them.

Her book I Feel Beautiful upholds the harsh reality, where the protagonist Puja Shree gives up her career to take care of her new family, becoming completely dependent on her spouse. The once carefree Puja Shree being confined within the four walls of her new home with her forever taunting in-laws starts losing herself.  And one fine day a letter changes her world. Thus began Puja’s journey to regain her lost self-confidence and herself anew.

Although a very relatable storyline, readers will end up with mixed feelings. Some will consider it to be an atypical Indian soap opera, while others might feel sympathetic towards the protagonist and relate themselves to her condition. A major drawback of the book is its innumerable typo errors, which acts as a speed breaker while reading.

On the other hand, author Kohli in a very smart attempt took up a sensitive and almost every household story to pass on the message of educating women about finance and stock market tradings. To encourage women in the households to become financially sound is a basic necessity, and Kohli dedicates an entire chapter explaining the basic stock market formulas. Another plus point of the book is its lucidity, with no artsy and heavy words the readers can simply sit back and enjoy the book without the help of a dictionary by their side. However, it makes for a good one-time read.