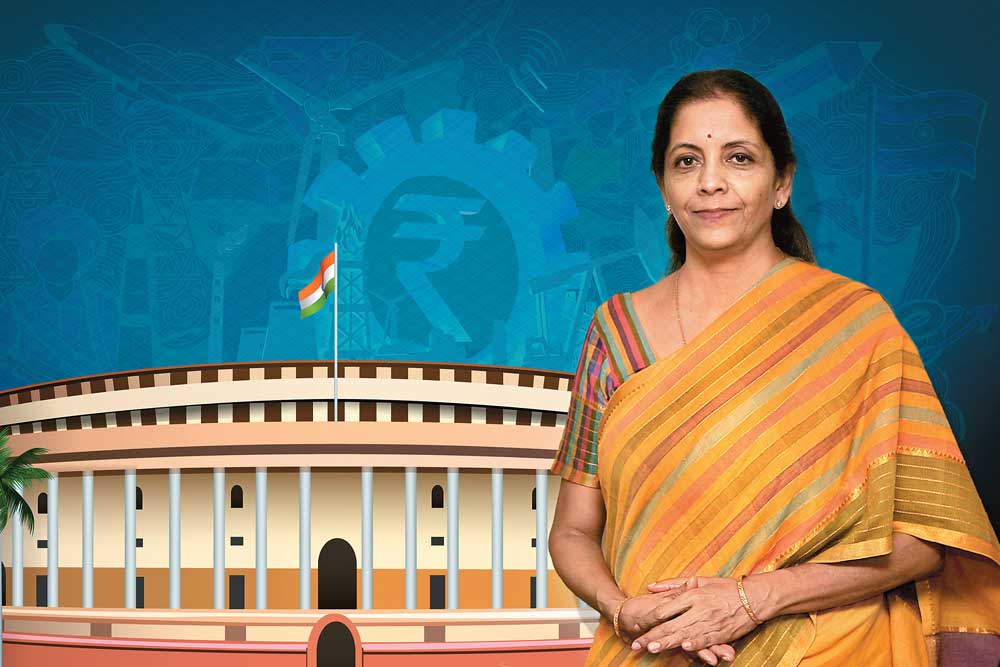 Every year the Union Budget comes with a lot of hopes for people cutting across social spectrum. But this year’s budget has significantly failed to gain the confidence of the people at a time when the economy is already going through a slump. Despite its attempt to boost the spirit, few convincing announcements to revive the economy, unfortunately dampened the spirit of the citizens.

Certainly Budget FY21 was not a transformational one, but it has the undertone to revive the health of the economy. The more than two-and-a-half-hour-long budget speech by Finance Minister, Nirmala Sitharaman made the Sensex fall by 1,000 points causing investors lose Rs3.5 lakh crore.

The overarching takeaways from the budget were income tax sops given to the middle class and several projects targeted at reviving farm sector of the country. At the very outset, the finance minister said, “This is the budget to boost their incomes and enhance their purchasing power. Only through higher growth we can achieve that and have our youth gainfully and meaningfully employed.”

To balance the ongoing slump in the economy, Sitharaman revised the fiscal deficit at 3.8 per cent in FY20 from 3.3 per cent earlier. And set the same at 3.5 per cent for FY21.Both mid-year reduction of corporate tax and dwindling Goods and Services Tax (GST) collections coupled with economic slowdown made the government overshoot its fiscal deficit target. Net market borrowings for FY20 would be Rs4.99 lakh crore and for FY21 it would be Rs5.36 lakh crore.

“We have estimated nominal growth of GDP for year FY21, on the basis of trends available, at 10 per cent. Accordingly, receipts for the year FY21 are estimated at Rs22.46 lakh crore and, keeping in mind commitment of the government towards various schemes and need for improvement in quality of life, level of expenditure has been kept at Rs30.42 lakh crore,” the finance minister said in her speech.

The Economic Survey has said that India’s economy would grow in the range of 6-6.5 per cent during FY21. It pointed out that the Indian economy slowed down to 4.8 per cent GDP growth in the first half of FY20 from 6.2 per cent in the second half of FY19, amidst a weak environment for global manufacturing, trade and demand.

“The budget was needlessly complicated,” says Arun Kumar, Malcolm S. Adiseshiah Chair Professor, Institute of Social Sciences, New Delhi adding that, “Nominal 10 per cent GDP cannot be achieved unless inflation goes to 7-8 per cent. But if the inflation goes up, rupee will devalue and fiscal deficit will rise.”

However, Sangita Reddy, President, FICCI feels, “Given the constraints that the Finance Minister was facing, the budget has done a significant balancing act between the need for growth and fiscal prudence. By invoking the deviation clause in FRBM Act and relaxing the fiscal deficit to 3.8 per cent in the current year along with targeting 3.5 per cent in the next year, the government has underscored its resolve to support the economy at a time when it needs a fiscal boost.” 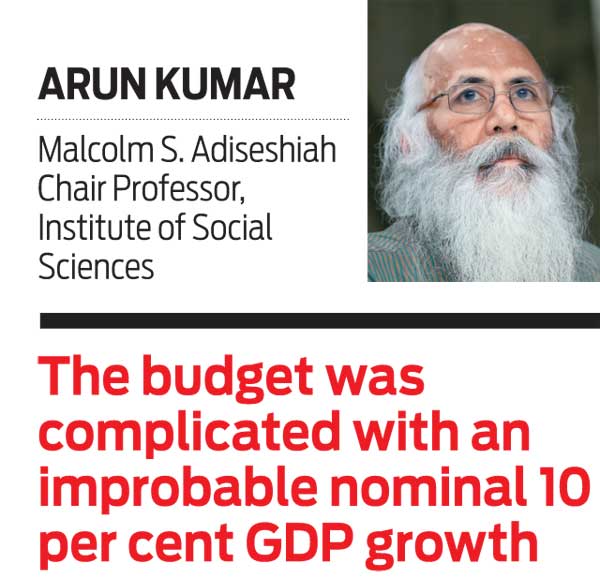 Elias George, Partner and National Head - Infrastructure Government, and Healthcare, KPMG in India says, “A 10 per cent nominal GDP for FY21 target seems to be realistic and possibly assumes some pick up with growth from current levels. Behind this figure of growth could be achieved with an assumption of around four per cent inflation and six per cent real growth, which would imply some moderation in inflation from the current levels.” 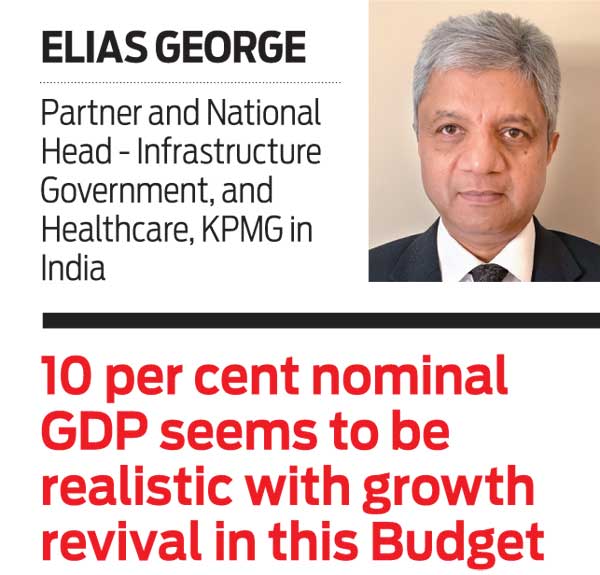 Sitharaman, during her speech tried to instill confidence among people by showcasing numbers. “We are now the fifth largest economy in the world. India’s foreign direct investment got elevated to the level of $284 billion during FY19 from $190 billion, that came in during  FY14. Central government debt that has been the bane of our economy got reduced, in March 2019, to 48.7 per cent of GDP from a level of 52.2 per cent in March 2014,” she stated.

However, Mihir Swarup Sharma, Senior Fellow and Head, Economy and Growth Programme, Observer Research Foundation feels, the budget is mixed up, and provides conflicting signals about India’s economic future. It continues to isolate India from the world through protectionist policy, while also seeking global investment.

“There is no clear way in which private investment — the engine of India’s growth — can see a path to revival in this Budget. Instead, the government will raise Rs2.1 lakh crore from the markets, leaving very little liquidity for others,” he adds.

The announcement to divest LIC through IPO has raised lot of reactions among investors.

The finance minister also announced that a new taxpayers’ charter is in the process of getting enshrined that would help them reduce harassment by taxmen. Sitharaman had said the new personal income tax rates will entail an estimated revenue forgone worth Rs40,000 crore per year.

She kickstarted the budget speech by saying it is woven around three prominent themes – aspirational India, economic development and caring society.

Under the aspirational India, the finance minister covered programmes and plans related to: (1) agriculture, irrigation and rural development (2) wellness, water and sanitation and (3)education and skills.

“Our government is committed to the goal of doubling farmers’ incomes by 2022,” said Sitharaman. 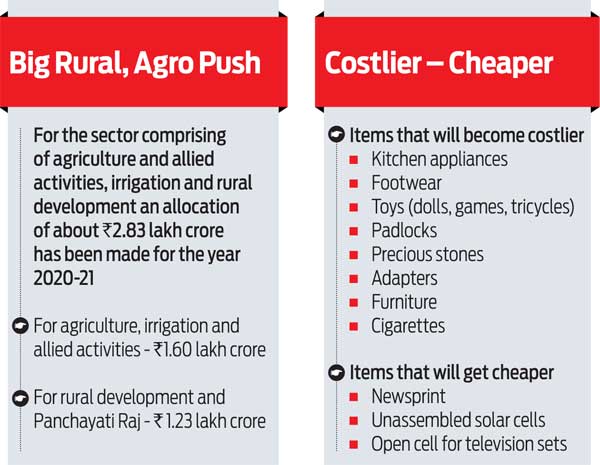 The slowdown in the economy started with the slowdown in the farm sector and the MSME sector, which had suffered due to demonetisation and introduction of Goods and Services Tax (GST). Saying that prosperity to farmers can be ensured by making farming competitive, she rolled out 16 action points to indicate the government’s focus.

It ranged from setting up standalone solar pumps, geo-tagging warehouses and cold storages, village storage schemes to building a seamless national cold supply chain for perishables, inclusive of milk, meat and fish. The Indian Railways will also set up “Kisan Rail” – through PPP arrangements. There shall be refrigerated coaches in express and freight trains as well. Krishi Udaan will be launched by the Ministry of Civil Aviation on international and national routes. These measures clearly show the government’s effort to put the agri sector in a higher growth trajectory to revive growth in the economy.

The Economic Survey stated that farmers need to be empowered through direct investment subsidies and cash transfers, which are crop neutral and do not interfere with cropping decisions of farmers.

Ravneet Gill, MD and CEO, Yes Bank says from an allocation perspective, the total budgetary provision for the rural sector, which includes farm and non-farm development, is poised to grow by 13.4 per cent in FY21 after a significant jump of 34.8 per cent in FY20. “This concerted policy push will eventually help in boosting rural purchasing power,” he adds. 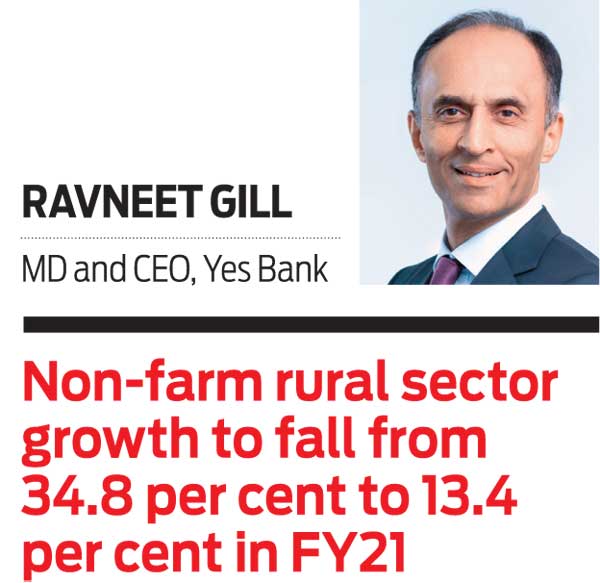 Thomas John Muthoot, Chairman and MD, Muthoot Pappachan Group, who deals with  people in semi-urban and rural areas, engaged in agriculture and related small businesses, says, “Agri sector contributes to over 16 per cent of the GDP and more importantly employs 50 per cent of the workforce in India. An allocation of Rs2.83 lakh crore for the agriculture and allied sector is large and marks a major jump over the last year.”

The budget has also re-emphasised on Make in India.

According to the finance minister, Government-e-Marketplace is moving ahead for creating a Unified Procurement System in the country for providing a single platform for procurement of goods, services and works. It offers a great opportunity for Medium, Small and Micro Enterprises(MSMEs). About 3.24 lakh vendors are already on this platform. It is proposed to take its turnover to Rs3 lakh crore. “I propose to provide about Rs27,300 crore for development and promotion of Industry and Commerce for the year FY21,” she has said.

“Labour-intensive sectors in MSME are critical for employment generation. Cheap and low-quality imports are an impediment to their growth. Special attention has been paid to put measured restraint on import of those items, which are being produced by our MSMEs with better quality. Keeping in view the need of this sector, customs duty is being raised on items like footwear and furniture,” said Sitharaman.

“Under Make in India initiative, well laid out customs duty rates were pre-announced for items like mobile phones, electric vehicles and their components. This has ensured gradual increase in domestic value addition capacity in India. Customs duty rates are being revised on electric vehicles, and parts of mobiles as part of such carefully conceived Phased Manufacturing Plans,” she has added.

However, the stagnated realty sector did not receive much fillip.The additional deduction of up to Rs1.5 lakh for interest paid on loans taken to buy affordable houses has now been extended till March 31, 2021.

As far as infrastructure is concerned, the finance minister has said, accelerated development of highways would be undertaken. This would include development of 2,500 km access control highways, 9,000 km of economic corridors, 2,000 km of coastal and land port roads and 2,000 km of strategic highways.

A national logistics policy will be released soon, she has asserted.

Sitharaman said, “A good part of the borrowings for FY21 would go towards capital expenditure of the government that has been scaled up by more than 21 per cent. As, I had previously mentioned another about Rs22,000 crore has been allocated for equity to fund certain specified infrastructure finance companies, who would leverage it manifold and provide much needed long-term finance to infrastructure sector. That should spur growth in the economy.”

Although the government has tried to give a big push to the agriculture and allied sectors along with income tax sops to the common people, whether it would actually translate into a better GDP growth in the next fiscal is not very evident yet. At least the initial reaction of the investors in the equity market showed that the budget has failed to provide them with any confidence.