It Is Better To Wear Out Than Rust Out

Home »  Magazine »  It Is Better To Wear Out Than Rust Out 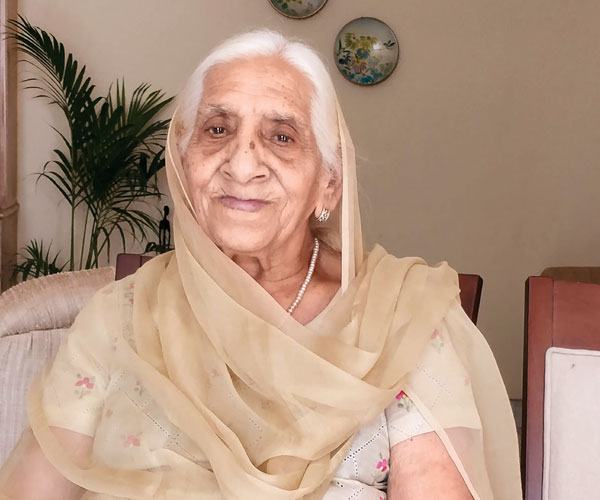 Beginning their own venture is a dream of many. But, once you cross the 30s mark people think that entrepreneurial train has passed them by and it’s too late to start their own business. However, you are never too late to follow your dreams and Chandigarh resident, Harbhajan Kaur is a living proof of that, who started her business at the age of 94.

Four years ago, during a candid conversation with her daughter Raveena Suri, Kaur expressed her desire to earn on her own. Kaur feels dejected that while everyone in her family leaves for work and earn, she was never able to do that. Kaur has been a homemaker her whole life and loves to prepare various delicacies at home. Cognizant of her mother’s cooking talents, Suri suggested her to sell special homemade “Besan Ki Barfi”

“She has always been an excellent homemaker and a keen cook. She always used to prepare everything at home be it sweets, cakes or pastries. Besan Barfi has always been her specialty, considering the recipe was passed on from her father, so it is more than a 100-year old recipe. During winters, our home used to be filled with the tantalizing aroma of besan barfi. So, when she expressed her desire, I just gave her a little nudge,” says, Suri.

Suri took her mother to a local organic market nearby to sell the sweet.  On her first day, Kaur came back with her hand earned money of Rs 2000 and soon started selling sweets, chutney, pickles in the market.

What started as an innocent confession soon became an “on-order-only” start-up.

“She prepares the sweets herself, though we all help her she insists on doing everything on her own. My daughter did the branding and we named the venture ‘Harbhajan’s’ under the tagline “Bachpan Yaad Aa Jayegi,” thus invoking the feeling of nostalgia,” added, Suri.

Kaur even funded her venture at the nascent stage with her piggy bank savings.

When asked about how Kaur felt with all the success coming her way, Suri said, “She is extremely happy and grateful. I feel so inspired by her that even at this age; she has the zeal and enthusiasm to do something productive rather than sitting at a place and passing time. She is the true example of Women Empowerment that we speak about.”

“When you hear the word ‘start-up’ it brings to mind images of millennials in Silicon Valley or Bengaluru trying to build billion-dollar ‘unicorns.’ From now on let’s also include a 94 yr old woman who doesn’t think it’s too late to do a start-up. She’s my entrepreneur of the year,” said, Mahindra in a tweet.

Kaur, on average, gets an order of 8-10 kgs of Besan Ki Barfi every day and the business has been flourishing for the past 4 years. The family is yet to come up with a business expansion plan but they plan to take the legacy forward to spread the message to people that you are never too old to start something new and “It is always better to wear out, than to rust out.”

The Prima Donna of Data