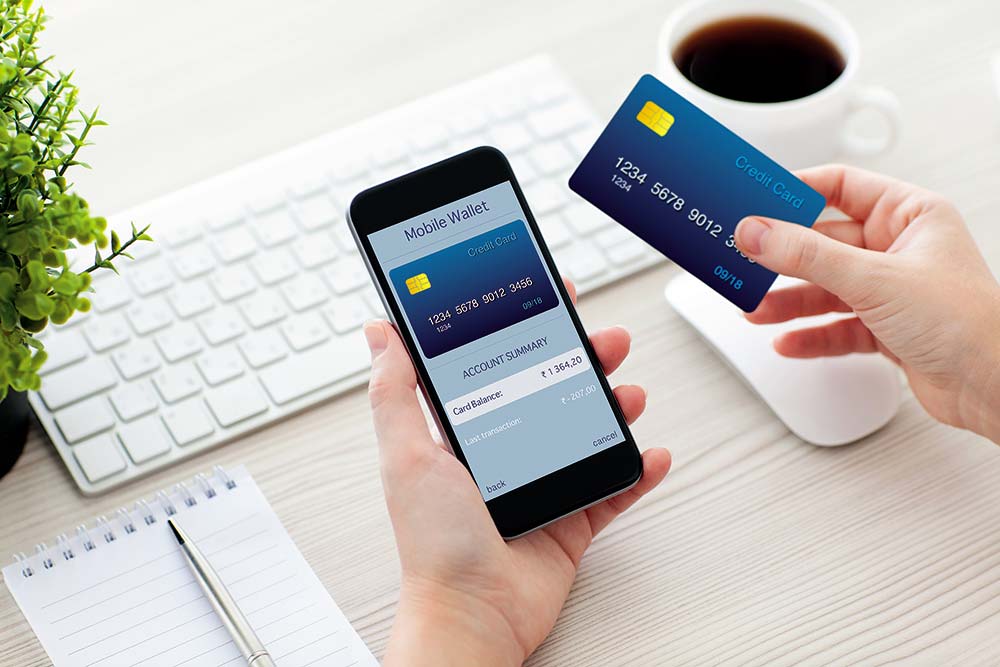 There has been a shift from cash to digital payments during the pandemic since it is both simple and safe.

However, the Central Board of Direct Taxes (CBDT) has recently barred banks from charging fees for using digital payment gateways like Unified Payment Interface (UPI). CBDT has also asked them to refund what has already been charged since January 2020. It has intensified a debate of sorts where industry, fintechs, banks and the government have their justifications.

Recently, Paytm imposed a 2 per cent fee on amounts added to e-wallets through credit cards. Users earlier paid that fee if they loaded more than Rs 10,000. A message - “Please use UPI or debit card to add money for free” – is displayed when users try to add money via credit cards to their e-wallets.

According to Paytm’s spokesperson, this nominal charge is applicable since the company pays a fee to banks and credit card companies for loading money on to e-wallets. For other sources like UPI or debit cards they absorb the cost. “The 2 per cent charge is passed on to customers,” the spokesperson says.

Large private banks like HDFC Bank, ICICI Bank, Axis Bank and Kotak Mahindra Bank have been levying charges on UPI payments over 20 transactions every month. This is still happening, although the finance ministry, in August, advised banks against imposing any such charges on digital transactions or payments, irrespective of the number.

The tax regulator issued the notice after a research paper by Professor Asish Das from IIT Bombay revealed how banks levy charges. The paper recommends the need to cap Merchant Discount Rate (MDR) on debit and prepaid cards at 0.6 per cent of the transaction value. When we make a digital payment, the seller or the merchant pays an amount to the payment gateway - fintechs and banks - for transferring the money earned to their account. Depending upon factors like the merchant’s turnover or the transaction amount and MDRs generally vary between 0.4 per cent and 0.9 per cent.

The no-charge or zero MDR rule came into effect from January 2020, despite the payment industry and banks opposing it.

The IIT Bombay report suggests MDR for all types of debit and prepaid cards. For transactions up to Rs 2,000, a cap of 0.25 per cent has been recommended. For transactions exceeding Rs 2,000, the cap suggested is 0.6 per cent.  For a business with an annual turnover of Rs 20 lakh or more, the debit card MDR is capped at 0.9 per cent of the transaction value or Rs 1,000, whichever is lower.

For every transaction, there is a fee that banks have to settle with the National Payment Corporation of India (NPCI). Running the entire backend platform also involves a cost. Hence, some banks and fintechs are unhappy about this no-fee move.

Dilip Asbe, MD and CEO of NPCI, has earlier cautioned MDR will slow down its deployment in the country if the cost of merchant acquisition is between $500 million and $1 billion a year. He has strongly insisted on a stable MDR regime.

Anita Pai, Chief Operating Officer of Yes Bank, says, “Implementation of digital transactions involves various investments by banks and fintechs. Banks have to invest in technology infrastructure, information security, continuous application development and maintenance. Additionally, banks also need to invest in resources to take care of user training, customer communication and customer servicing to complete the digital payments circle in entirety. Therefore, it is important that banks and fintech clients are sufficiently incentivised to ensure continuous investments. Anything given for free may not be sustainable in the long run and ultimately may hamper the growth of digital transactions. However, given the government has mandated certain rules around levying charges, we shall be compliant.”

Pai, commenting on the CBDT notification asking banks to refund all such charges, says, “In our view, the CBDT notification is fine as long as it is in line with the budget announcement, which again has varied interpretations across the ecosystem.  The stated announcement was mandating banks to levy zero MDR on merchants for facilitating retail customer transactions initiated through UPI and Rupay debit cards.  In case certain banks have charged MDR for such transactions, it is right that the same be refunded to comply with the law of the land. However, there is a disconnect if this gets applied to UPI charges on person to person or business to business payments – these, in our view, are outside the purview of the above said directive/objective.”

Industry experts feel that if the government needs to push for Digital India, these transactions should be made free. Facing stiff resistance from all the quarters, it would be worth watching what steps the government takes to sort out this complex matter.