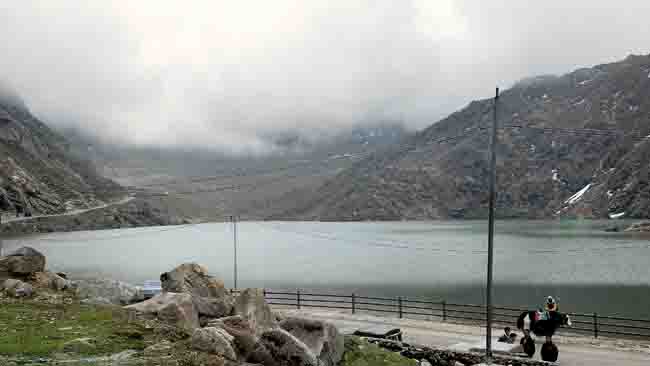 I have traveled to many lands, but in all my years in the bureaucracy and in politics there was one place that I never had a chance to visit. Suddenly, in May 2015, I had an irrepressible urge to fill this gap in my life and visit Sikkim—the state I had never been to. The desire was so compelling that without losing time I contacted my good friend Prem Das Rai, the Lok Sabha MP from Sikkim. P.D. and I had worked together in the Parliamentary Standing Committee on Finance and I was confident that he would not disappoint me.

I was not wrong. P.D. was delighted to hear of my plans. I gave him the freedom to plan my five day trip to Sikkim. He did an excellent job, enabling me to see a lot of Sikkim in such a brief period. In this article, however, I shall talk about three of the most memorable visits—the Nathu la pass, the Temi tea estate and the Cherry Yatri Niwas, and the capital, Gangtok. I know it is unfair to Sikkim to talk only of these three places, considering that the state has numerous beautiful spots that attract tourists, with its snowcovered peaks providing a dazzling backdrop to the lush green mountain ranges below. 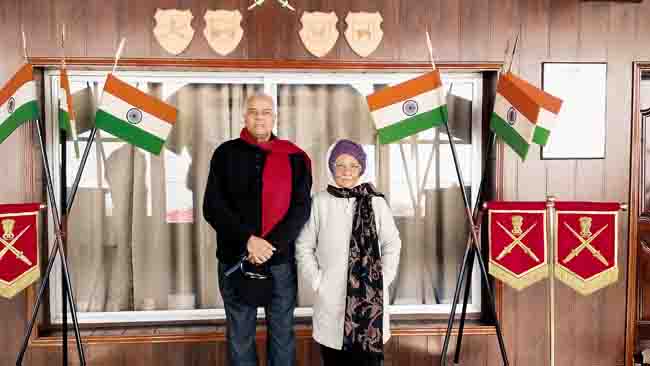 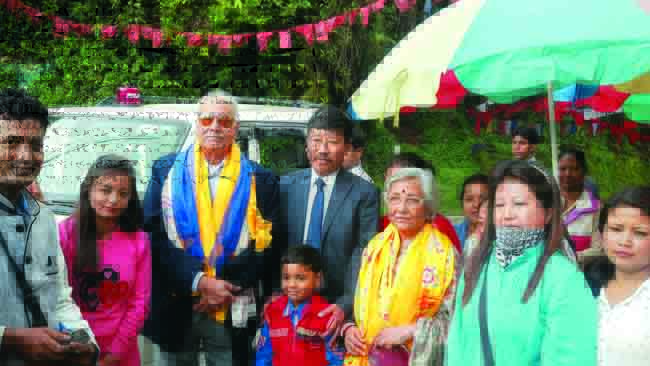 Its fascinating cultural traditions, rich heritage and the diversity of population add to the natural beauty of the place. Dominating over the landscape is the majestic Kanchenjunga peak, the third highest mountain peak in the world. We were not lucky enough to see it clearly because of the mist that lay over the mountains during the five days that we spent in Sikkim.

Gangtok is a bustling town spread over several mountain ranges. It is notable for its neat and clean streets, and generally orderly traffic. All the main roads had walkways running alongside for the benefit of pedestrians. The main shopping area, the Mahatma Gandhi Marg, is out of bounds for vehicular traffic and can be visited only on foot. When this idea was originally suggested, the traders resisted the move thinking that it would adversely affect their businesses. But, in fact, it had an opposite effect and their businesses flourished. All in all, Gangtok, with its mountain tops and valleys, its religious shrines including the famous Rumtek monastery, its multi-cultural ethos, its tourist attractions, its gardens and rare flowers, is a must visit for every tourist. P.D.’s Sikkimese dinner was memorable, too. 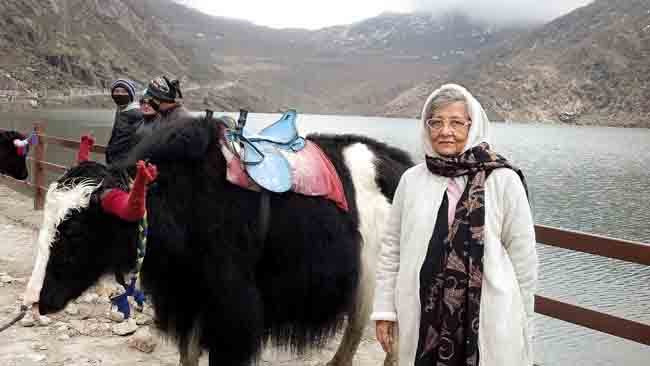 The Cherry Resort in the Temi tea garden is a class of its own. The tourist literature describes it as follows “Set amid a lush green carpet of manicured tea gardens, with 360 degree views of Mt. Kangchenjunga and the Teesta river gorge nearly 8,000 meters below, Cherry Resort sets a new standard for Himalayan hill resorts.” The Temi tea estate produces some of the finest teas in India, which are sold at a premium in world markets. Char Dham, not far from the Cherry Resort is a collection of temples modelled after the temples in the four dhams as well as the 12 Jyotirlinga temples and is a must-see.

Without doubt, the highlight of our visit to Sikkim was the trip to Nathu la. Nathu la pass, the last Indian point on the border with China, is only 55 km from Gangtok. But the drive through some of the most craggy mountain ranges in the world, with very steep slopes, is scary. The road in most places is perilious, hewn out of these sheer slopes. Portions of the road are always under construction because of incessant rain and land slides. In view of the fact that the Nathu la route has now been opened up for pilgrimage to Kailash-Manasarovar, the Border Roads Organisation had unleashed a frenzy of activity to repair and improve the road for the pilgrims. You still need to be brave to travel on this road.

For me it was also a sentimental journey of sorts. It was I who had signed the agreement with China in Beijing in 2003, which opened the Nathu la pass for border trade between the two countries. I was glad to see that the infrastructure for this had finally been put in place and trade was flourishing. The facilities for the Kailash-Manasarovar pilgrims were also largely in place.

But, what was most satisfying for my eyes was the well-appointed, shining building on our side of the border as compared to the rather old, unkempt building on the Chinese side. Our troops were also more smartly turned out than their Chinese counterparts. Considering that China likes to make a political statement with impressive infrastructure on its border with its neighbours, this was indeed a refreshing change. 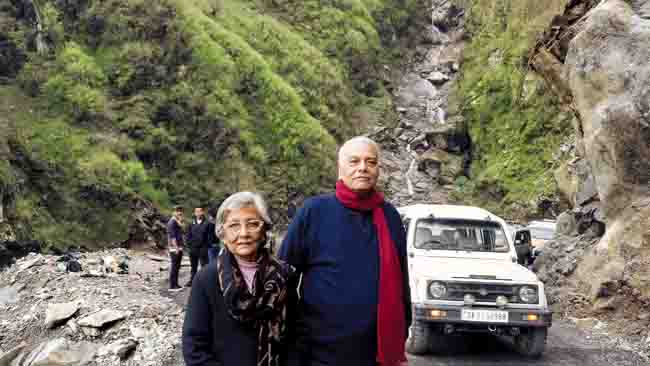 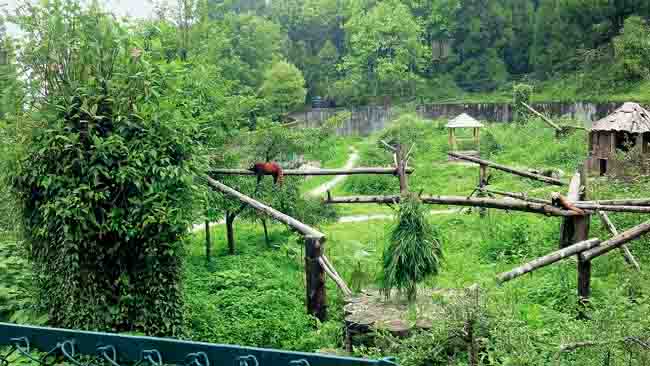 Nathu la is also a great tourist attraction. So, despite the restriction on the number of vehicles that could ply in a single day between Gangtok and Nathu la, there was a huge and enthusiastic Indian crowd. Some of them recognized me and apart from getting themselves photographed with me they were so full of patriotic fervour that they told me, rather sternly, that the Indian flag must always fly higher than the Chinese flag. Fortunately, in Nathu la and in the area around it we occupy higher ground than the Chinese and our flag flies higher than the Chinese flag. The visit to Nathu la was a sobering experience too because it showed the arduous conditions under which our troops live—inhospitable and barren places on the border—to defend the country and its people.

On our way back, we stopped briefly at the Tsomgo lake, a sacred lake where no fishing is allowed. There are many legends surrounding the lake. The army is present everywhere and ensures that the sanctity of the lake is maintained. We followed the Teesta river back to Siliguri and then to Bagdogra to catch our flight to Delhi. Our idyllic holiday had come to an end.

The writer is a former external affairs and finance minister.

The beautiful art of paper craft